A Celebration of Gregg Bordowitz 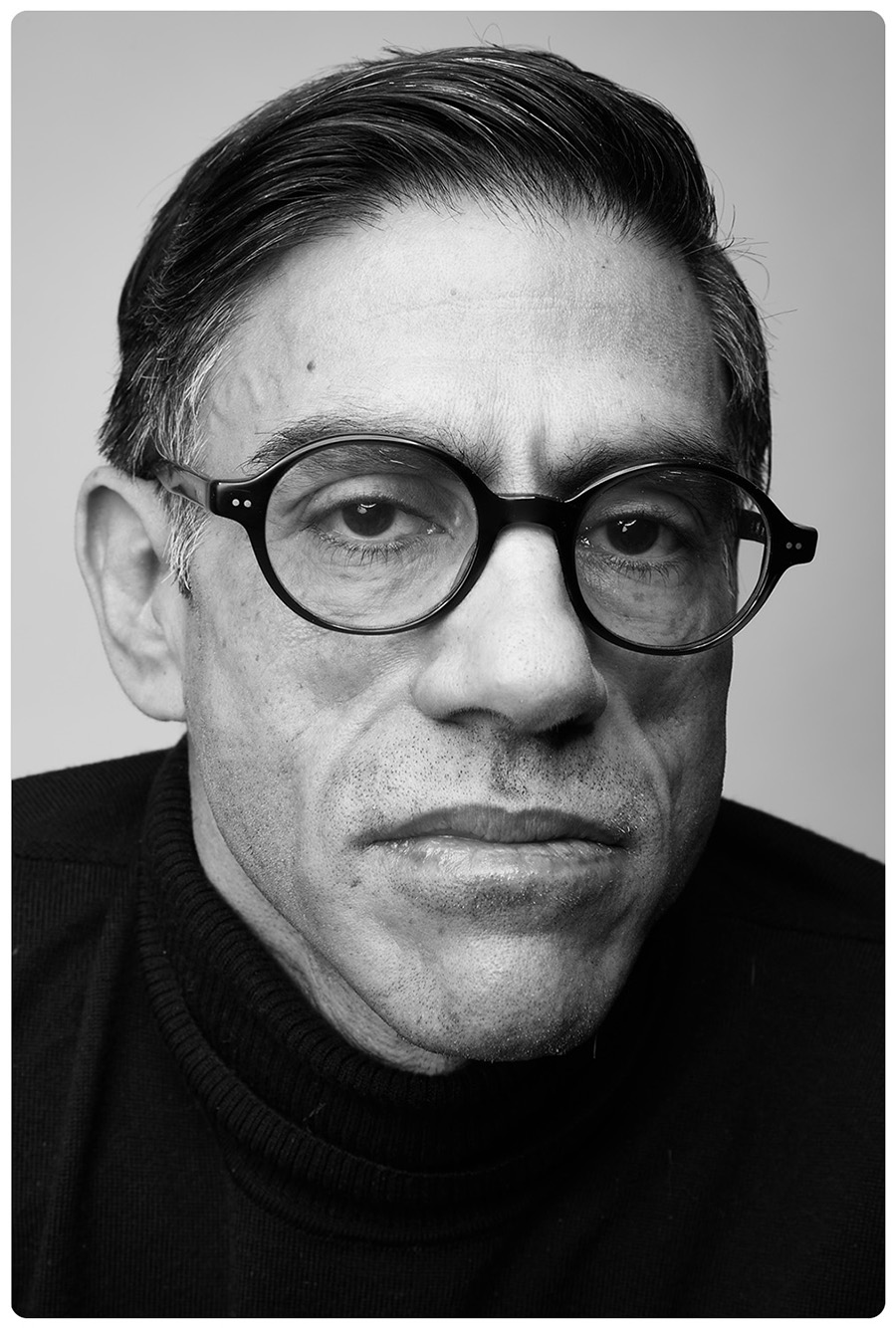 We’re thrilled to announce a suite of programs celebrating the artist, activist, writer, and educator Gregg Bordowitz. Since the late 1980s, Bordowitz has worked to expand the social and political role of the arts, particularly during times of civil unrest and public-health crisis. Bordowitz’s work in video, performance, and writing prompts us to imagine other ways of living—and to experience joy in the present. We’re proud to have published and presented works by Bordowitz and to be honoring him this year.

In lieu of Triple Canopy’s annual benefit, we’re organizing an array of activities with Bordowitz and in recognition of his extraordinary work. In November, join us for Answers with Questions, a three-episode advice show, hosted by Bordowitz with friends, that invites questions from viewers about existential and mundane matters. The artists Leidy Churchman, Rashid Johnson, Amy Sillman, and Christopher Williams have contributed artworks for the occasion. As we honor and solicit advice from Bordowitz, we’re working with him on a book that adapts Some Styles of Masculinity, a series of performances in which Bordowitz probes the personas of the rock star, rabbi, and comedian, to be published next year.

For more information please write to contact@canopycanopycanopy.com.
To make a donation by other means, please call 617–935–9430.

Triple Canopy thanks the following people for their generous support:

List in formation. Asterisk indicates a current or former member of Triple Canopy’s Board of Directors.

Gregg Bordowitz (b. 1964, Brooklyn) is a writer, artist, activist, and educator whose work dissects and expands discourses on HIV/AIDS, queerness, and Jewish heritage through video, sculpture, drawing, writing, and performance. Bordowitz was a core member of the AIDS Coalition to Unleash Power (ACT UP) at the time of its founding in the late 1980s. He is well known for his work on collaboratively produced videos that chronicle the collective’s unique and provocative form of protest against the government’s negligent response to the AIDS crisis. He has also created his own videos and broadcasts, which meld memoir, collage, political protest, satire, and performance documentation. His writing demonstrates a similar devotion to interdisciplinarity, deftly traversing cultural criticism, poetry, and philosophical meditation. In recent performances, he’s explored rock and roll, stand-up comedy, and religious sermons as sites of identity-making.

Bordowitz’s work has been exhibited at Artists Space, the Solomon R. Guggenheim Museum, the Museum of Modern Art, the New Museum, and the Whitney Museum among other institutions. His retrospective, “Gregg Bordowitz: I Wanna Be Well,” was organized in 2019 by the Douglas F. Cooley Memorial Art Gallery, Reed College, and subsequently presented at the Art Institute of Chicago; the exhibition will open at MoMA PS1 in the spring of 2021.

He is the author of The AIDS Crisis Is Ridiculous and Other Writings, 1986–2003 (MIT Press, 2004); General Idea: Imagevirus (Afterall Books, 2010); Volition (Printed Matter and Badlands Unlimited, 2010); and Glenn Ligon: Untitled (I Am a Man) (Afterall, 2018). Bordowitz is currently the program director of the Low-Residency MFA at the School of the Art Institute of Chicago and a member of the faculty at the Whitney Museum Independent Study Program. He lives in New York City.

Answers with Questions is an advice show. Send host Gregg Bordowitz your questions on matters existential and mundane, about the nature of being or how to get up in the morning. For this three-episode streaming series, Bordowitz will be joined by a rotating cast of punk-rock prophets, heterodox theologians, and killjoy comedians, along with musical guests. Together, they’ll do what they can to guide viewers through the dilemmas of life during a pandemic and political upheaval.

Answers with Questions follows from Some Styles of Masculinity, an ongoing series of performances in which Bordowitz probes the personas of the rock star, rabbi, and comedian, which are fundamental to his formation as an artist and activist. For Answers with Questions, Bordowitz and his cohosts will ask how these figures might help us to navigate the cosmic pessimism of the present moment—and to face the crises that are causing so much despair, cynicism, grief, and unrest.

Readers are encouraged to submit questions by emailing questions@canopycanopycanopy.com or calling 201–467–8592. 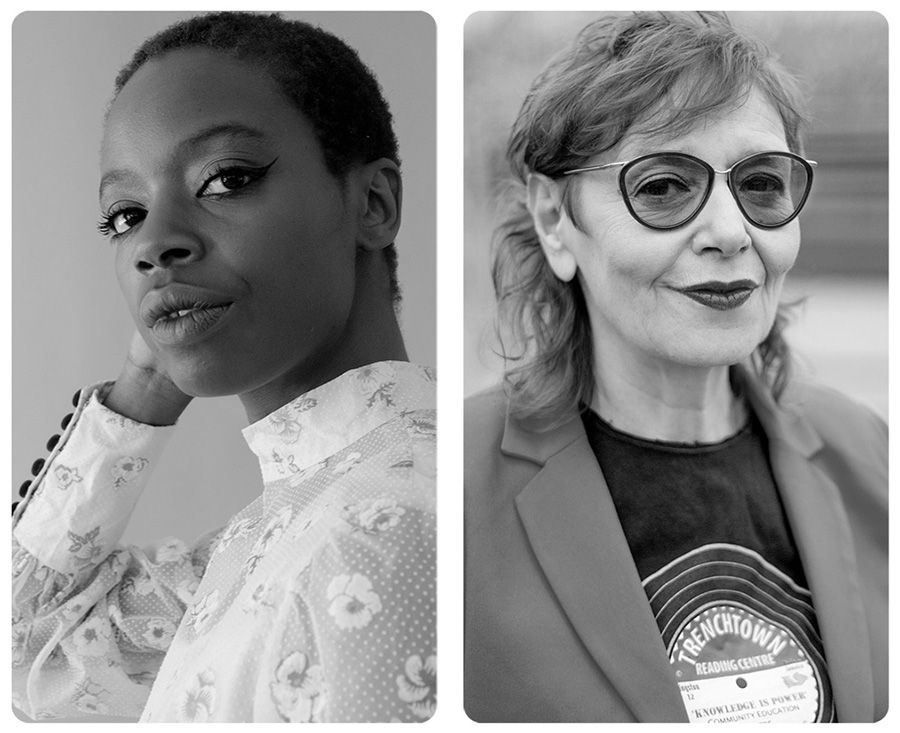 Photo of Jasmine Nyende (left) by Stacey Nishimoto for The Corner Store. Photo of Vivien Goldman (right) by Gudrun Georges.

Jasmine Nyende, an artist and the lead vocalist of the punk band Fuck U Pay Us, will join Bordowitz for a show devoted to the figure of the rock star. Send questions about making trouble, facing fascism, channeling nihilism, and the connections between punk, reggae, and dub. Featuring musical guest Vivien Goldman.

Watch here
Back to top 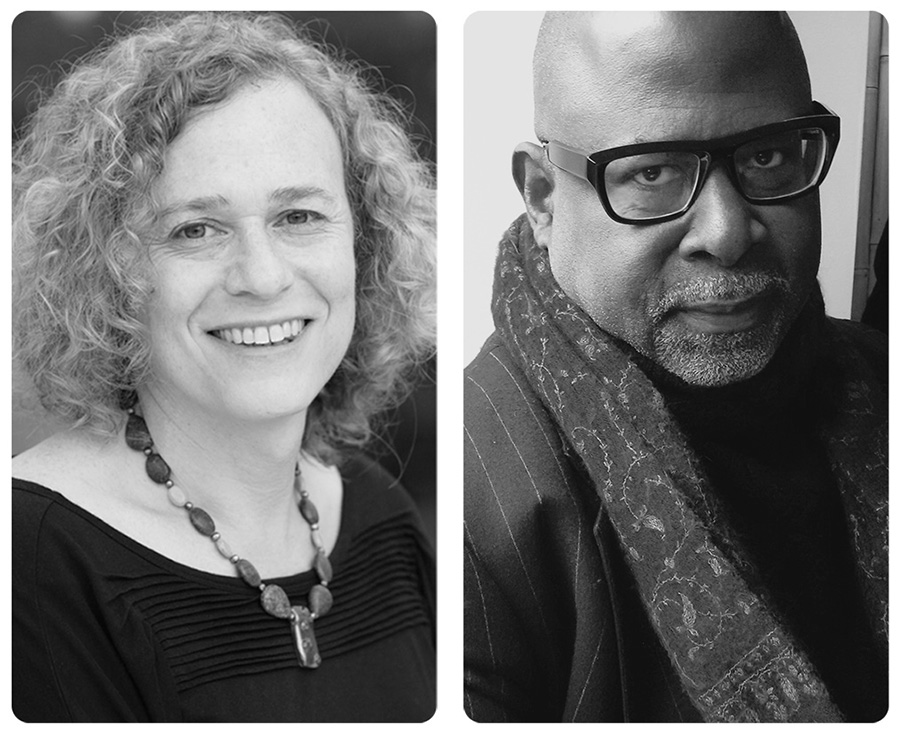 Reflecting on past and present manifestations of the rabbi, Bordowitz will be joined by Joy Ladin, a poet, writer, educator, and leading thinker on Judaism and transgender identity. Send questions on belief, new beginnings, self-care, and cultivating resilience in the face of adversity. Featuring musical guest Kendall Thomas.

Watch here
Back to top 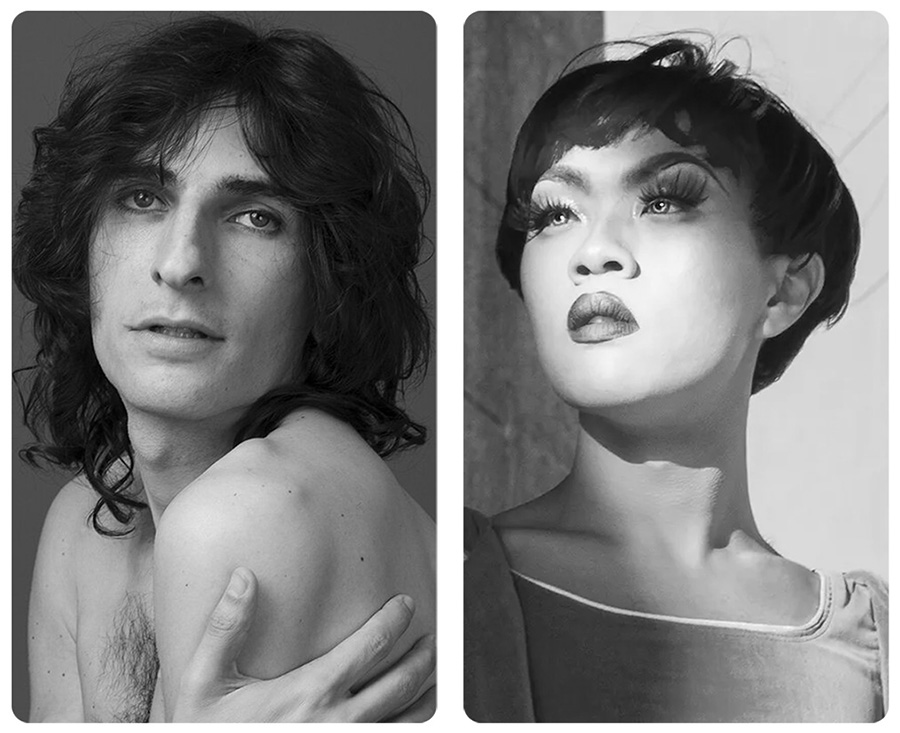 The comedian and performer Morgan Bassichis will join Bordowitz to parse the relevance and political possibilities of humor. They will either try to make each other laugh or sit together and quietly sob. Send questions on how to navigate the awkwardness of social isolation, conquer bad habits, and find freedom and belonging amid so much uncertainty. Featuring musical guest The Illustrious Pearl.

RSVP for the premiere of episode 3
Back to top

Leidy Churchman, Rashid Johnson, Amy Sillman, and Christopher Williams have contributed artworks on the occasion of our celebration of Gregg Bordowitz and in support of Triple Canopy. To learn more, please write to momo@canopycanopycanopy.com.

In 2021, Triple Canopy will publish a book that adapts Some Styles of Masculinity, an ongoing series of performances in which Bordowitz probes the personas of the rock star, rabbi, and comedian, which are fundamental to his formation as an artist and activist. In the performances, Bordowitz merges personal and political history, ribald humor and social criticism, performer and persona; he plays essential recordings of punk and klezmer, and reads from cherished works of philosophy and theology. The book draws on transcripts of several performances, but is less of a static document than an inimitable mind come to life on the page: a winding, intimate, urgent, chatty, grave, elegiac, freewheeling account of thinking and enduring in difficult times—and of the art, music, scripture, jokes, and relationships that make this possible, even pleasurable.

Some Styles of Masculinity was commissioned for “Trigger: Gender as a Tool and a Weapon” at the New Museum, and subsequently presented as part of “Gregg Bordowitz: I Wanna Be Well” at the Douglas F. Cooley Memorial Art Gallery, Reed College; and at the Art Institute of Chicago.

To receive updates on pre-orders, please write to contact@canopycanopycanopy.com.