“A Note on Standard Evalutation Materials” was published as part of Triple Canopy’s Research Work project area, which receives support from the Andy Warhol Foundation for the Visual Arts, the Brown Foundation, Inc., of Houston, the Lambent Foundation Fund of Tides Foundation, and the New York City Department of Cultural Affairs in partnership with the City Council. The research underlying this essay and issue has been supported by the author’s 2013–15 fellowship at the Vera List Center for Art and Politics.

In their aggregate, the humble objects of which we shall speak have shaken our mode of living to its very roots. Modest things of daily life, they accumulate into forces acting upon whoever moves within the orbit of our civilization. The slow shaping of daily life is of equal importance to the explosions of history; for, in the anonymous life, the particles accumulate into an explosive force. Tools and objects are outgrowths of fundamental attitudes to the world. These attitudes set the course followed by thought and action.

In the past century, countless organizations, operating beyond the bounds of any national government, have labored to construe a remarkable range of commercial products and human activities in terms of measurement. The International Organization for Standardization (ISO), the International Electrotechnical Commission, the Institute of Electrical and Electronics Engineers, the Internet Engineering Task Force, the International Bureau of Weights and Measures, the International Property Measurement Standards Coalition, the Financial Accounting Standards Board, and the Society of Motion Picture and Television Engineers standardize screws and nails, concrete and plywood, chairs and the sizing of shoes. They standardize the second, ampere, kilogram, and candela; road signs and codes for the representation of human sexes; printed pages and coffins; the metrics that gauge environmental toxicity and economic productivity; and the “worldwide intermodal system” that governs container shipping; the compression of digital representations of sounds and images; the specifications for earth-moving machinery, parts for aircraft, and instruments for dentistry; the profile of colors and characteristics of color spaces; methods for encoding, accessing, storing, visualizing, describing, and archiving geospatial data.

No one is absolutely required to adhere to these standards: you can keep your own time, employ your own algorithms, maintain your own idiosyncratic manufacturing programs. But thanks to the efforts of the aforementioned organizations, doing things your own way is likely to leave you strained, isolated, and impoverished. “Pressure to conform has never been stronger,” notes the British Standards Institution. 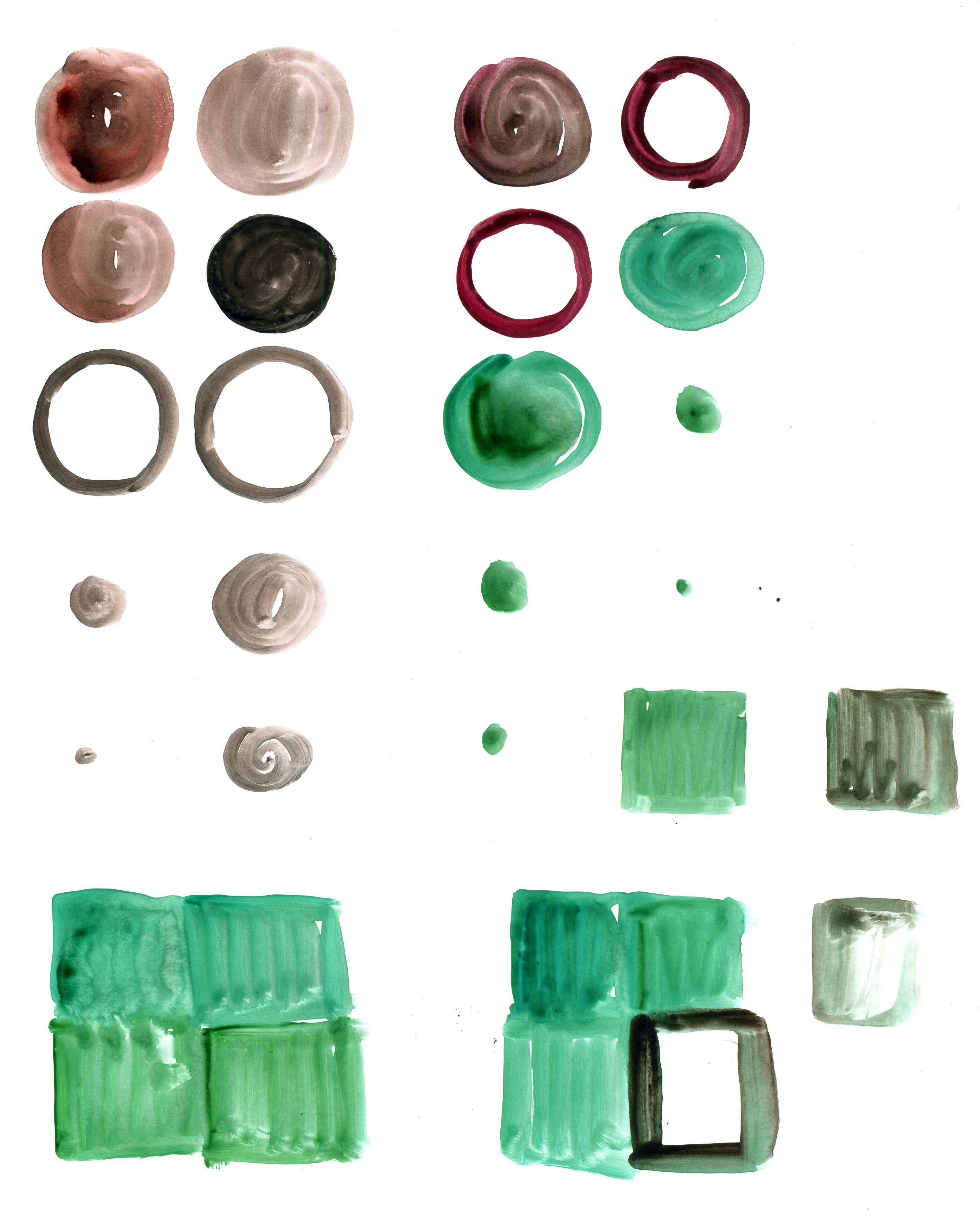 At the turn of the nineteenth century, the standardization movement captivated industrialists, politicians, scientists, engineers, and utopian socialists such as Charles Fourier, Henri de Saint-Simon, and H. G. Wells alike. Some were attracted to the empowerment of men of science instead of parochial politicians, others to the ideals of efficiency and rationalization—not to mention the morals associated with precise measurement, which had come to define the engineering professions. (Adherence to “absolutely correct scientific standards” would serve as an antidote to the “looseness” that was resulting from rapid social and economic change, predicted United States Treasury Secretary Lyman Gage upon establishing the National Bureau of Standards in 1900.) Seventy years later, standardizing organizations proliferated as critics on the left and right assailed governments for being sclerotic, incompetent, beholden to elites and special interests. All hailed reforms that glorified performance indicators, auditing, the management of quality and risk; the responsibilities of states were handed over to corporations and so-called private authorities. The ISO established itself as an idyll of democratic decision-making: an arena in which diverse and sometimes opposing groups, represented by technical committees composed of experts, are on more or less equal footing and must rationally communicate with one another in order to solve problems in a way that serves the common good. The culture of the ISO effectively militates against political expression, which is said to be rare and also conspicuous, and so easily, unanimously rejected. Consequently, the Cold War barely registered within the ISO’s bureaucratic calm; the Soviet Bloc and its decadent enemies got along just fine.

But no expert is neutral. Standard setters today are not so different from members of nineteenth-century societies of engineers, insofar as they share values and a worldview, no matter where they were born. And while conflicts we recognize as political—open debates about ideology and national interest—may be suppressed in Geneva, the triumph of one technical solution over another, whether for information security or graphic symbols for use in cars and trucks, has an uneven effect. There is no science to the development of standards, and no objective criteria with which to evaluate knowledge about standards—beyond gross domestic product. Nevertheless, by putting experts in charge, groups like the ISO can claim the mantle of science, and by mimicking the democratic process, they can claim to stand for openness and accountability.

Hardly anyone who isn’t a standardization professional understands this phenomenon—except inasmuch as Internet protocols affect programmers, labeling requirements affect food manufacturers, mandatory achievement tests affect high school teachers, and so on. Even then, few are likely to have any idea how or why these standards came into being, much less how they relate or even represent a covert (if not exactly unnecessary) form of global governance. 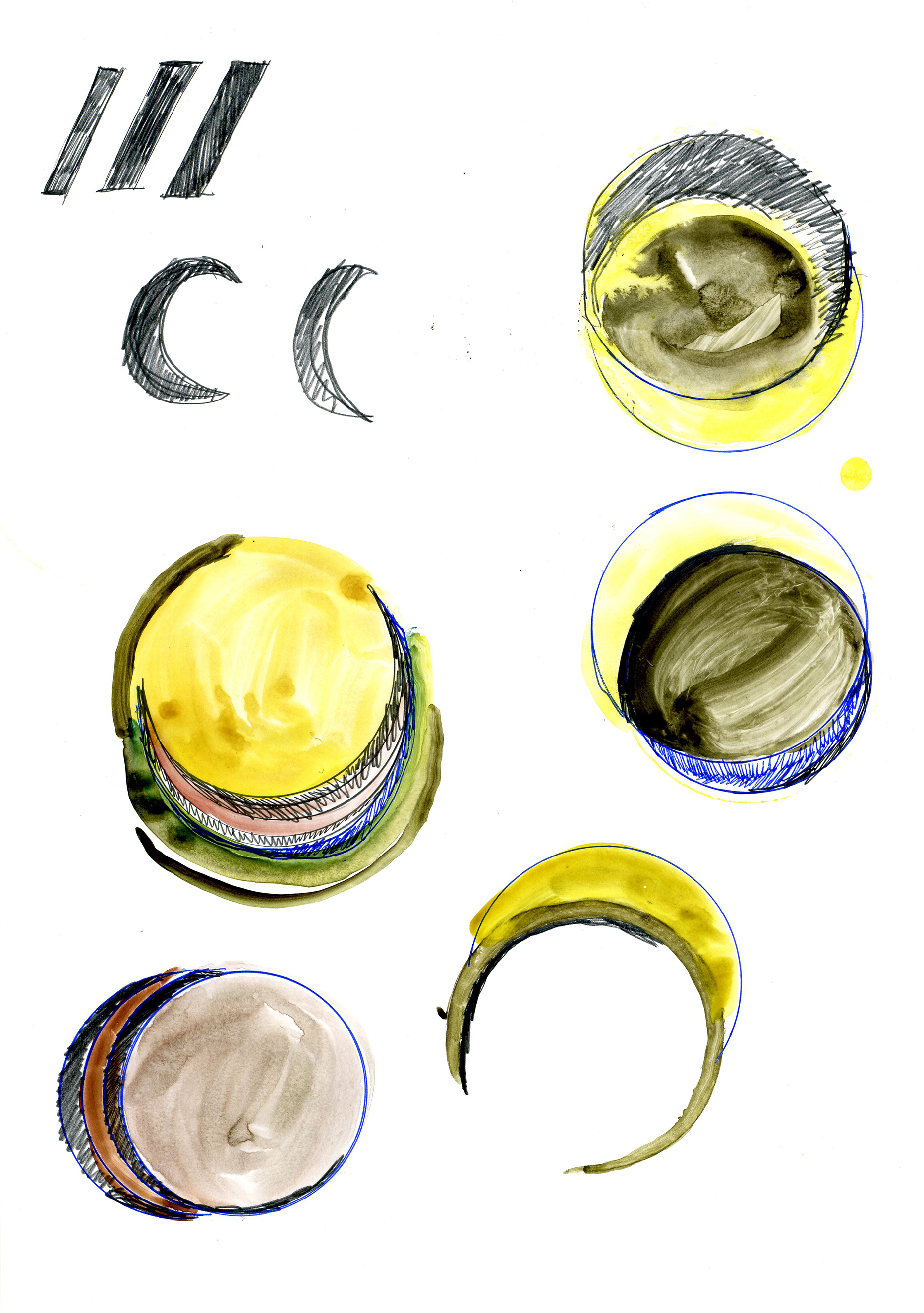 A few years ago, I encountered a book that declared standardization to be “both a hidden and a central feature of modern social and cultural life,” a tool for binding human activities across time and space, cultures and languages, disciplines and governments. I became fixated on the notion of an all-encompassing but subterranean architecture built on JPEGs, shipping containers, and financial instruments. I browsed the encyclopedic websites of the ISO and its cohort: digital outposts for the kindly organs of world governance, complete with testimonials to efficiency and competence and neutrality. I watched innumerable promotional videos of bureaucrats attesting to the importance of standards in our rapidly globalizing world and/or networked society. (They’re typically buttressed by stock footage of successful businesspeople of all colors and creeds innovating, dealing, exchanging starched smiles and textbook handshakes.) I searched for books and articles on standardization and found many disparate realms that occasionally seemed to shift into alignment: histories of the establishment of Greenwich Mean Time; studies of the work of technical agencies that birthed popular audio and video formats; essays on the ways in which literature and art responded to the institution of public time; exegeses on auditing as a model of social control; stories of zeitgeisty file formats; jeremiads against the domination of nature by Western science and technology; analyses of standardization as, following Foucault, an expression of the necessity of governing through indirect means.

No synthesis was or is forthcoming, and none seems plausible.

How might our lives change if we could actually grasp the matrix of standardized objects and processes within which our actions and expressions are enacted and interpreted? This question looms in Jonathan Sterne’s MP3: The Meaning of a Format (2012), which details the one hundred years of scientific research, human testing, corporate wrangling, and technical invention that yielded the signature file of the Internet age. At the end of the millennium, the MP3 infiltrated and profoundly altered my life, and probably my mind, in part by pointing to all the other vessels for information that had shaped or captured my memory, and which in retrospect seemed less like strange relics of bygone technologies than elements of my own biology. It hadn’t occurred to me that the MP3 is one among thousands of standards that are products of aesthetic and political choices by technocrats and engineers, artifacts of infrastructures that shape not only how the world is represented but for whom. The sound of the MP3 was forged by so-called expert listeners (white, male, middle-class engineers) through tests that reflected their particular tastes and biases, even while purporting to employ a “universal” model of perception. In such cases, Sterne writes, “we directly confront the question of who listens for whom and with what effect.”

Sterne advises the reader to pay attention to the infrastructures, formats, and arguments that make up our communication technologies, as such things are fundamental in molding (and establishing control over) our expressions. But he never really describes what the alternative might look like: a world in which there are as many file formats as ears, or in which standards result from democratic processes that account for differences between people and places, and the rhetoric of universality and realism is punctured by artisanal compression techniques and subaltern packet-switching?

However appealing such a scenario might be, I can’t help but remain somewhat enamored of these digital concoctions and the underlying technological systems, which so seamlessly reduce sensory phenomena into packages of code that can be highly mobile and pleasing to the senses, despite the inevitable erosion and omission of data. There is something revelatory about the innumerable scripts we follow each day, about interoperability, about the ever-widening constellations of rules, documents, engineers, and bureaucrats—the very procedural glue that holds us, and our humble objects, together. 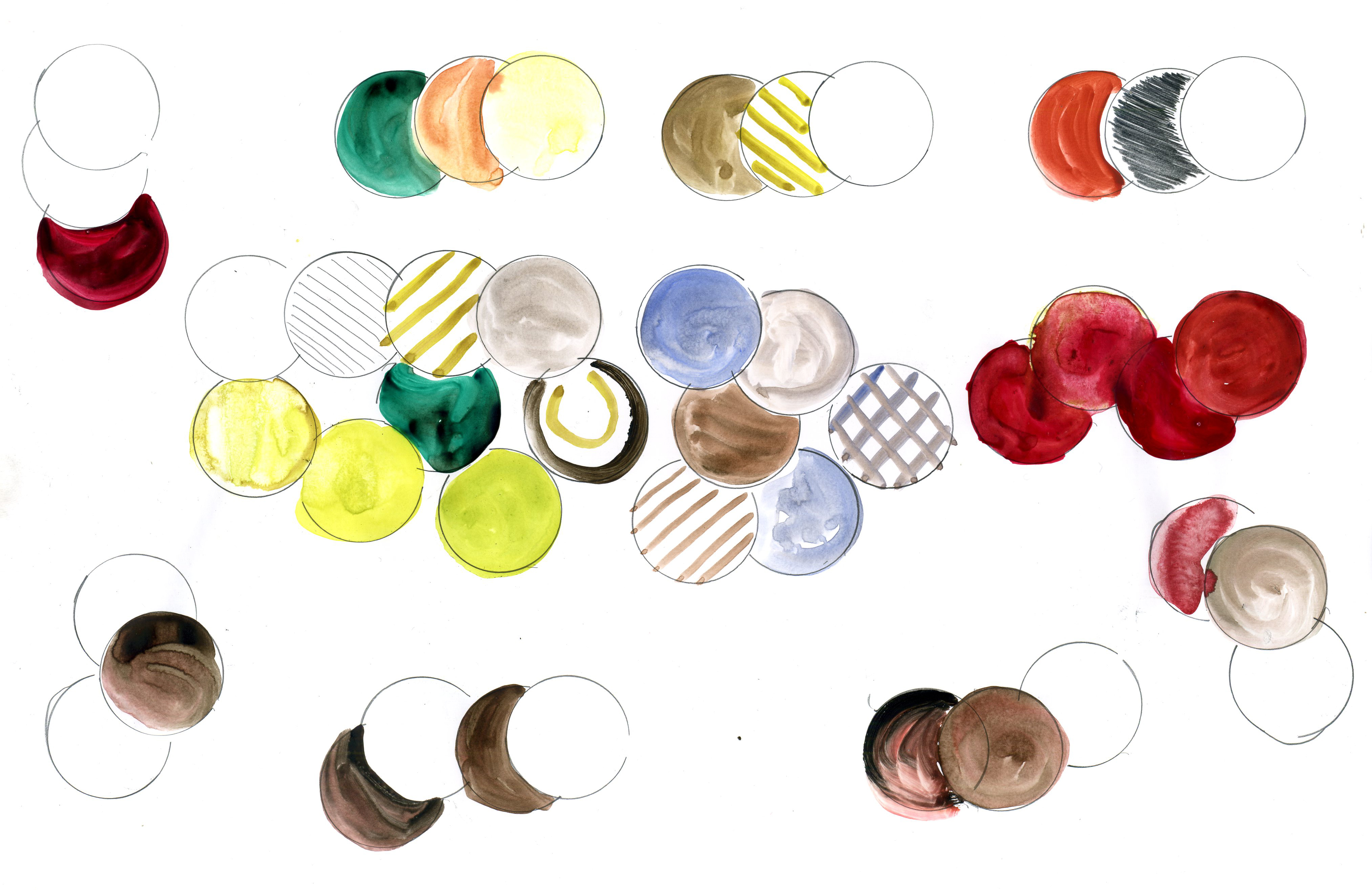 This issue of Triple Canopy, Standard Evaluation Materials, treats standards as aesthetic artifacts, political instruments, technological protocols, and linguistic codes. The essays, stories, conversations, artworks, fictions, and poems that it contains ask how we might read and represent standards, denature or deploy the languages of the bureaucracies and technical systems that shape our lives. (As does the sinuous typeface, Zini, designed for the issue by Studio Manuel Raeder and here illustrated by preparatory sketches. Zini began with a consideration of the registration marks that are necessary for printers to precisely align graphic elements and verify colors; the typeface challenges this standardization through letterforms that eschew anatomic conformity, that have commonalities but also maintain their own characteristics.) Why strive to make standards visible and comprehensible? To understand standardization as fundamentally artificial, a concatenation of speech acts, the unceasing production of records that distort and mold as much as they communicate and reveal, is not necessarily denigratory—and perhaps it is even laudatory: Congratulations, habitués of Geneva conference rooms! But to understand standardization in this way, as representations that covertly make our world, might allow us to scrutinize, manipulate, appropriate, and deform what we had not previously been able to discern, much less decode. In describing standards, which seem at once alien and intimate, remarkably distant and undeniably present, we might change them from daunting and closed systems into generative structures. We might even usurp some of the power they wield, and begin to act on them rather than simply permit them to furtively act on us.

That said, this issue is not likely to incite protests at ISO headquarters; produce a new breed of scholars of technocracy; inspire citizens to form democratic bodies that consider the particularities and desires of geographically bounded populations when devising standards for quantities and units or doors and windows; fortify those engineers who are pushing to fundamentally alter the architecture of the Internet; or catalyze a movement to change the ways in which images are seen and sounds are heard. But this issue will, at least, address—and illuminate novel means of addressing—the conviction that our selves, and the available means for representing our selves, are increasingly determined by an impossibly convoluted mass of processes and procedures, which we can hardly know or control.

We might like to know more, but knowledge is thwarted by design. (Which is to say that illegibility is not simply an aspect of standardization but a strategy to frustrate scrutiny, much less contestation.) What happens when we look closely, exceedingly closely, at documents and language that apprehend our daily behaviors as so much data to be processed, scripts to be optimized, as if each aspect of life can be systematized and so governed, as if we’re the beneficiaries and not just essential components? The works in this issue construct disorienting, disordering narratives through these representations, through the voices and vocabularies lurking within institutions and protocols.