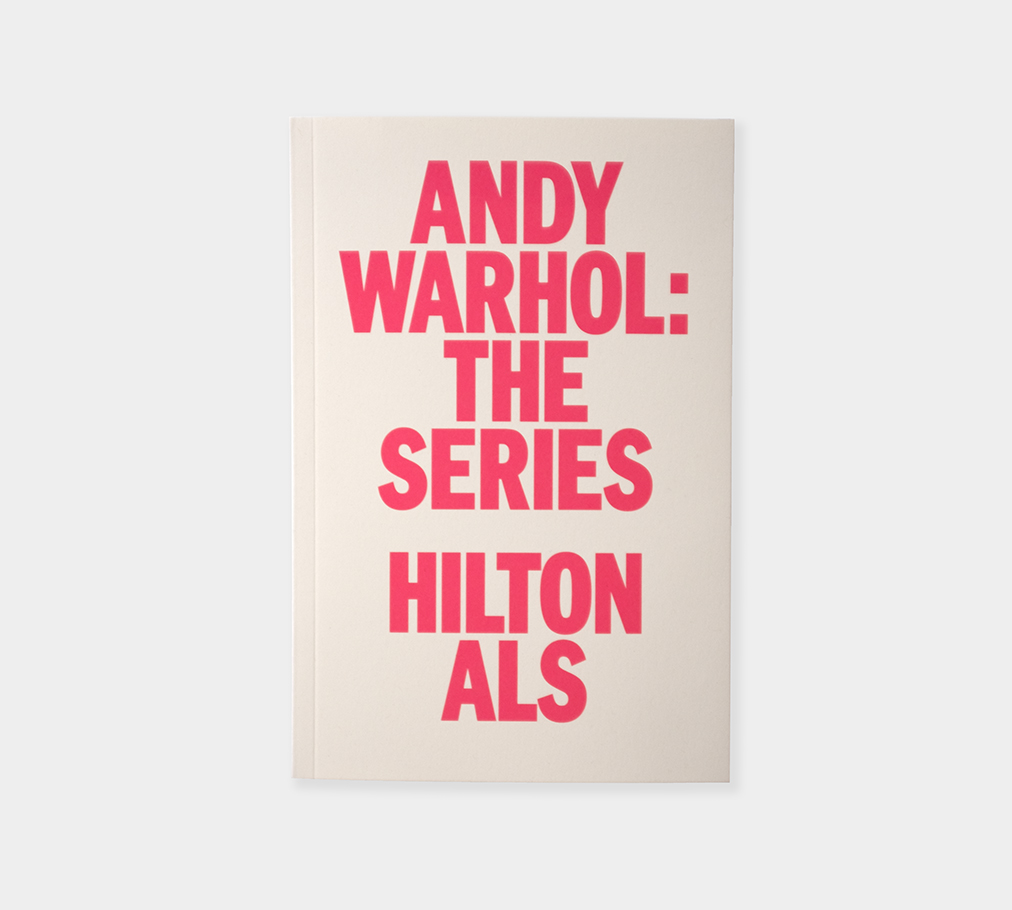 Andy Warhol: The Series contains two previously unpublished television scripts by the writer Hilton Als for a series on the life of Andy Warhol. Drawing on historical accounts, rumors, and artworks, Als interweaves Warhol’s childhood as the sickly youngest son of Ruthenian immigrants in Pittsburgh, the bustle and hysteria of the Factory’s heyday in New York, and fantasies inspired by the artist’s fixation on Hollywood. The episodes center on two women who greatly shaped Warhol’s life. The first is his doting, sensitive mother, Julia Warhola, who lived with her son in New York for two decades (and even played an aging star in Warhol’s film Mrs. Warhol). The second is the “poor little rich girl” Shirley Temple, a childhood obsession whose signed headshot—“To Andrew Warhola”—cemented the budding artist’s preoccupation with celebrity. In these scripts, which were written in 2016 and 2017, Als is at the height of his powers, tenderly touching on themes of motherhood, faith, and fame.

With an introduction by Jennifer Krasinski.