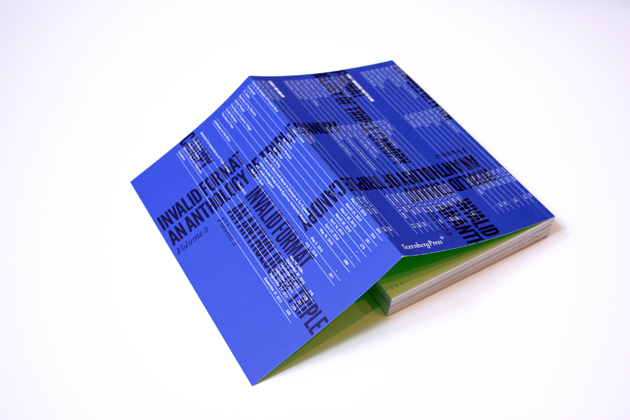 We're pleased to announce the publication of the second volume of Invalid Format: An Anthology of Triple Canopy, designed by Project Projects and co-published by Sternberg Press. Invalid Format, published annually, is at once an archive of Triple Canopy's widespread publishing activities and a translation into print of projects that originally appeared in other forms. The design of Invalid Format reflects this problem: How might works produced for the screen be transposed to the codex in a way that recalls that former context, though not slavishly, and while also fully inhabiting the page? How can the form and function of interactive, audiovisual works be degraded elegantly, without disappearing entirely, in print? Invalid Format will be published at least annually, and will be available at select bookshops worldwide as well as on Triple Canopy's website.