Triple Canopy is pleased to announce that Jesse Chun, Heidi Lau, Xiaoshi Vivian Vivian Qin, and Derica Shields are the recipients of our eighth annual call for proposals. The magazine invited artists and writers to propose projects for inclusion in an upcoming issue devoted to resentment—the aesthetics of this affect and its formal and political possibilities. In the next year, the recipients will work closely with editors on the creative and technical realization of their projects, which may be digital works of art or literature, performances, or print publications.

We thank everyone who applied and congratulate this year’s recipients! 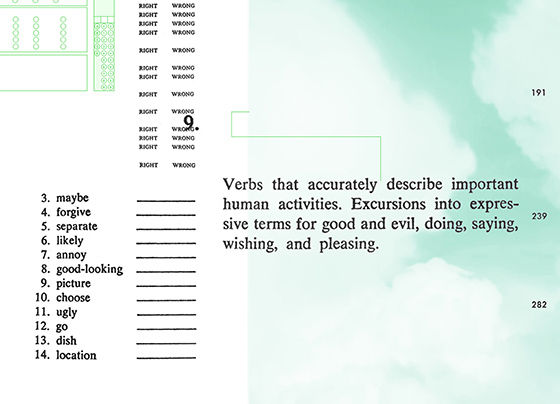 Jesse Chun is a New York-based visual artist from Seoul, New York, Hong Kong, and Toronto. Her digital project “WORKBOOK” will examine the rhetoric and aesthetic found in English as a Second Language (ESL) education. Drawing from ESL workbooks and online courses, Chun will edit, translate, and reinterpret select grammar and conversation books, online tutorials, audio, and standardized tests. In an attempt to unlearn, “WORKBOOK” will unpack the linguistic hierarchy and conditions of readability that accompany the English language, which continues to be the dominant “common language” of international relations, business, and the internet. Chun’s project asks: Could English ever become secondary? Could visual language come first? Could poetry, or 한글? 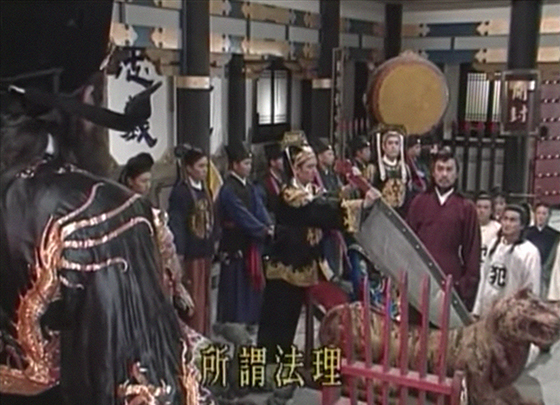 A still from Justice Pao, 1993. The subtitles read, “The so-called legal theory….”

Heidi Lau is a founding member of An/other NY and an artist who works with ceramics, drawing, video, hauntology, and Taoist traditions. Xiaoshi Vivian Vivian Qin is an artist and the founder and editor-in-chief of Ruthless Lantern, a Cantonese-style art gossip magazine. Lau and Qin will produce a semifictional performance, “A Court of Ghosts,” which will recreate the theatrical court of the 1993 Taiwanese TV series Justice Pao in Triple Canopy’s space. Justice Pao chronicles the court cases of Pao Cheng, a righteous Song dynasty justice and Chinese cultural symbol who used supernatural powers along with science and logic to seek truth and justice. As in Justice Pao’s court, “A Court of Ghosts” will invoke the supernatural power of ghosts—the embodiment of unresolved resentments—to convene a tribunal on current systemic oppressions, including the gentrification of Manhattan’s Chinatown and sexual harassment within and directed at Asian diasporic communities. Through community engagement and the theater of antics, myth, gossip, and provincial superstition, “A Court of Ghosts” will highlight injustice and disseminate stories of resentment collected from Guangzhou, Macau, and the diasporic communities in New York. 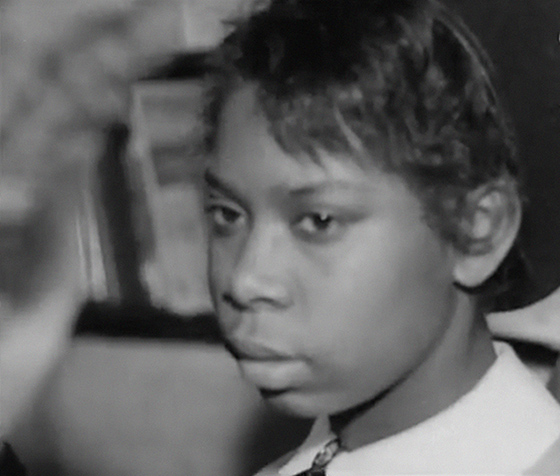 A still from “Royal Visit,” 1965. Courtesy of the British Pathé Archive.

Derica Shields is a writer, editor, and programmer from London. “A Heavy Nonpresence” is an oral history project centering the accounts of black adults and children of their encounters with the contemporary British welfare state. Each interview will be anonymized and exist as both a full-length transcript and a version edited by Shields. The transcripts will live online as a digital archive, while the condensed accounts will circulate in booklets, taking cues from the 1985 book The Heart of the Race: Black Women’s Lives in Britain, in which Beverley Bryan, Stella Dadzie, and Suzanne Scafe use oral testimony to reveal the daily experiences, attitudes, and struggles of black women. “A Heavy Nonpresence” intends to be a space to articulate survival strategies and coping mechanisms that are usually pathologized as unproductive, lacking respectability, “crazy,” or criminal, and to air emotions including but not limited to rage, shame, ingratitude, and resentment. The project refuses the ambient political insistence that the welfare system’s foundational antiblackness can only be addressed once the system has been “saved” from the conservative right. It does not aspire to provide a lexicon for or politicize non-black people; it is rooted in black thinking and feeling about how we can, and already do, address black injury when redress is impossible.