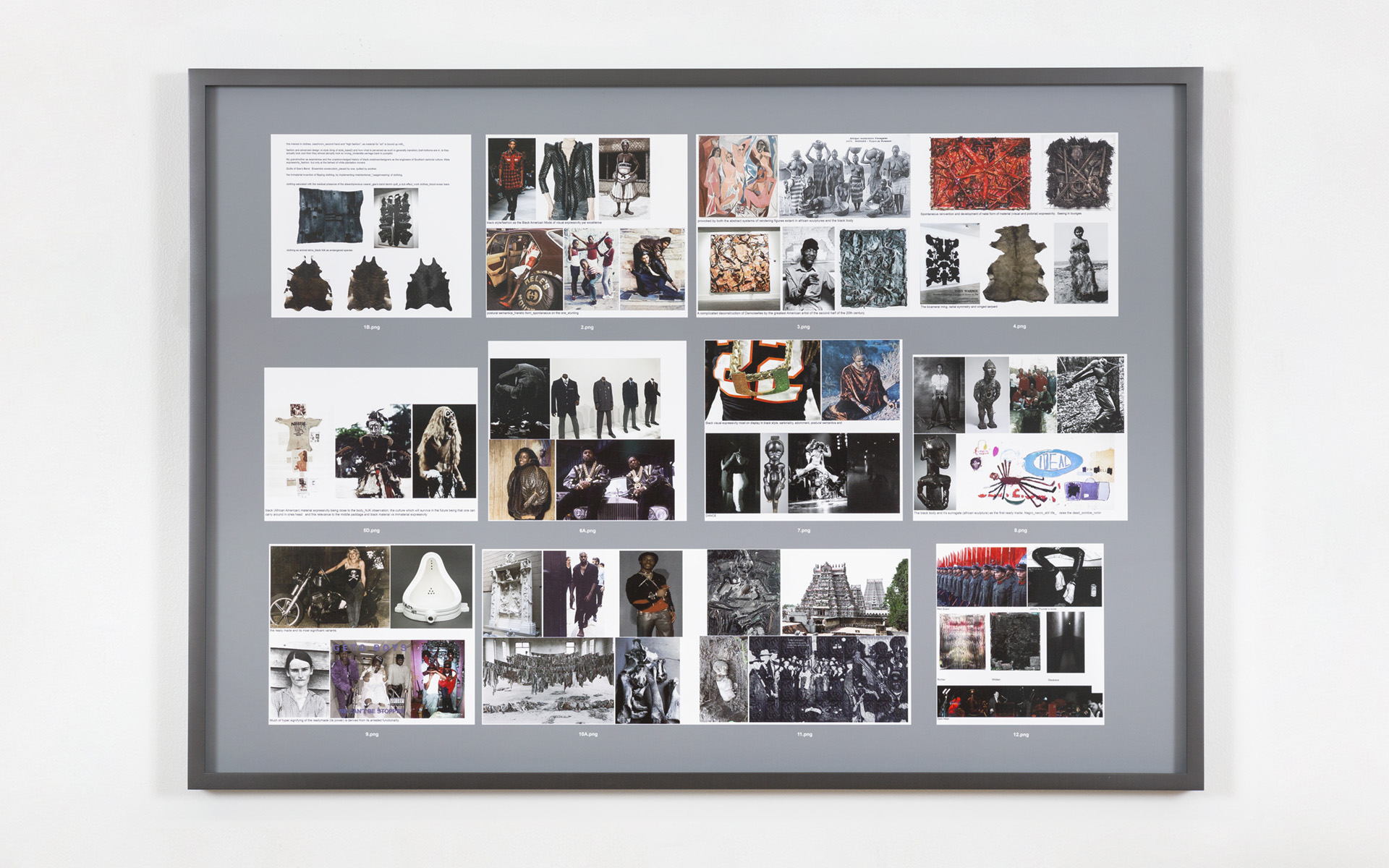 Triple Canopy is pleased to announce Black Apparel, a new photographic montage by Arthur Jafa published on the occasion of the magazine’s 2019 benefit, honoring Joan Jonas. All proceeds from the sale of Black Apparel will benefit Triple Canopy’s programs for artists and writers.

Reflecting on his artistic approach, Jafa has said that he’s “driven by an impulse to consolidate things that were there, but were dispersed.” Black Apparel is an expression of this method, offering a glimpse into how Jafa arrives at the references and ideas that inform his work. For the Triple Canopy edition, Jafa organized personal notes and found images in a grid-like structure against a gray background; in this regard, the work shares a number of formal characteristics with an earlier montage, APEX (2018). Stevie Wonder, Kanye West, Miles Davis, and James Brown are among those pictured. Works by Marcel Duchamp, Jack Whitten, Pablo Picasso, and Fred Wilson are in dialogue with African sculptural forms, contemporary fashion, and depictions of decay, violence, and detainment. In an associative mode, Jafa’s notes meditate on the centrality of bodily expression—and fashion in particular—to black culture.

Of particular importance to Jafa is a statement by the artist Nam June Paik: “The culture that’s going to survive in the future is the culture that you carry around in your head.” Jafa explains, “Despite the fact that we came with a full spectrum of incredibly rich traditions of expressivity (both material and immaterial), black people came to be most strong in those spaces where our cultural traditions could be carried in our nervous systems.” Sartorial and gestural comportment, Black Apparel makes clear, is one such tradition.