Mind-melting forecasts for the coming year 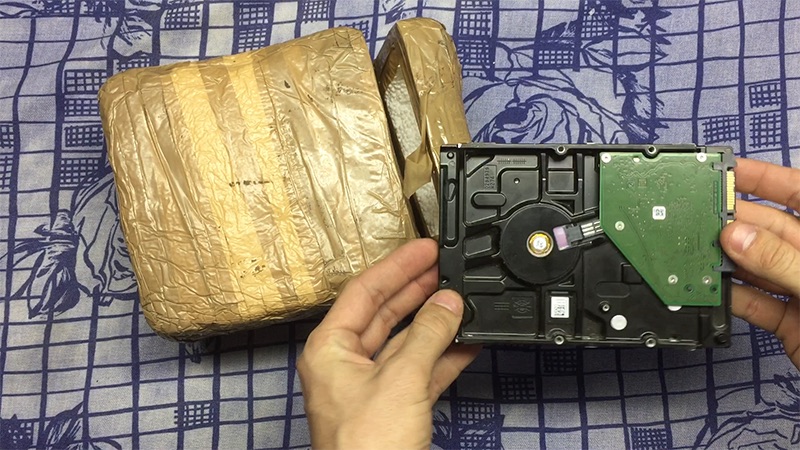 Photo of a one-terabyte media collection aggregated by Cuban studios, stored on drives, delivered to customers by hand. Part of a project by Julia Weist & Nestor Siré to be published later this year.

We congratulate you on surviving another year and thank you for devoting time and attention to Triple Canopy. We’re at work on a number of projects that we hope will enliven and improve your experience of the months to come. Some are so sensitive that we can hardly mention them: holographic edibles, quantum delinquency, essays that edit themselves, and personally customized political advertisements based on manual analysis of the recipient’s microbiome.

Fortunately, others can, at least, be previewed. In the coming months, we’ll launch Two Ears and One Mouth, our twenty-sixth issue, which addresses how we speak and listen and who has the right and capacity to be heard. Rather than valorize speech for its own sake, the issue emphasizes the importance of being attentive and open to various speakers and forms of expression. The issue hinges on two major projects: “Parts of Speech,” a series of experimental lectures and an exhibition on public speech at the Museum of Contemporary Art Chicago, organized with Public Fiction; and Omniaudience, a residency at the Hammer Museum in Los Angeles, organized with Nikita Gale, that considers the role of listening, the settings in which speech and sound can be heard and have a meaningful effect. Omniaudience concludes in April with a short-term installation of a commissioned work by the composer and musician Tashi Wada, which will be accompanied by several performances.

Our twenty-seventh issue, which will begin publication in the second half of the year, scrutinizes the narratives that animate nationalism and populism and propose the invention of truer fictions, alternative realities. The foundation of the issue is Can I Leave You?, an installation by Triple Canopy with the collective and fashion label CFGNY (Concept Foreign Garments New York) at the RISD Museum. The installation, which is part of “Raid the Icebox Now” and is on view until mid-July, centers on the efforts of Americans to define themselves through products and portrayals of China, and includes a capsule collection by CFGNY.

Additionally, we’re in the midst of rethinking the magazine’s digital presence, which will result in the creation of a new publishing platform and accompanying tools. The first, a browser-based e-reader (cleverly) called B-ber, has already been launched—and made available as an open-source application, which will be supported by workshops later in the year.

We look forward to the realization of all our predictions—and yours.