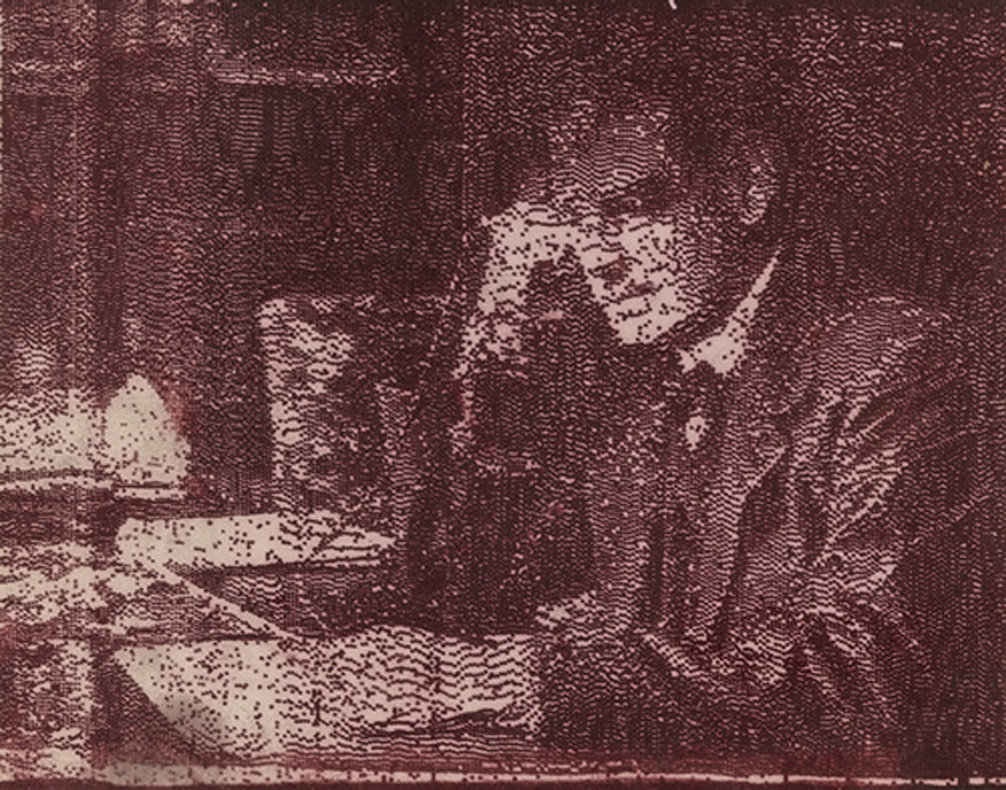 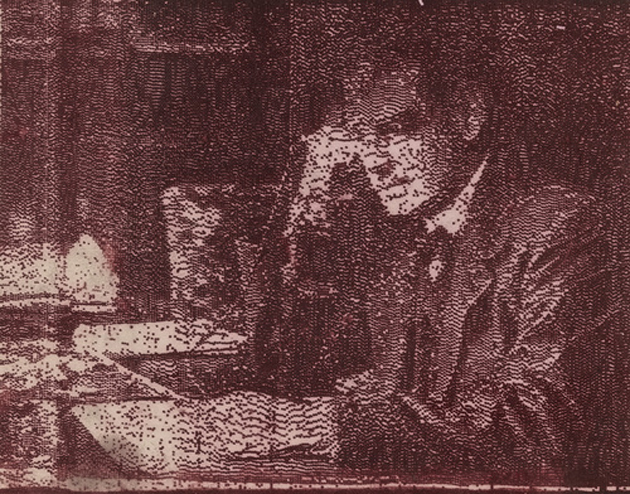 In the course of the next four weeks Triple Canopy will host Miscellaneous Uncatalogued Material, a series of public conversations at the Museum of Modern Art about the nature of publication in relation to evolving artistic practices and digital technologies. We’ve invited artists David Horvitz and Sarah Crowner and poet Ariana Reines to lead these discussions, which will take as their starting point individual objects that are part of MoMA’s permanent collection or a current exhibition.

On Wednesday Horvitz will begin the series by examining a photoradiogram produced by the Radio Corporation of America in 1926—one of the earliest images to be broken down into electronic signals and transmitted by a telecommunications network. To Horvitz, whose work deals with the distribution and circulation of images online, the photoradiogram represents a pivotal moment in the genealogy of Internet culture. The grainy picture heralded new possibilities for journalism and anticipated the intense proliferation of images that shapes our current media environment.

Assuming the role of media archaeologist, Horvitz will discuss how technologies like the photoradiogram transformed conceptions of space and time in the twentieth century by allowing images taken at one location to be viewed around the world with minimal delay. As Horvitz observes, "The idea of a right now somewhere else became visible." More than a technological achievement, the photoradiogram embodies new perceptual conditions that Horvitz also sees reflected in seminal works of art in MoMA's collection, including Girorgio de Chirico's Gare Montparnasse (The Melancholy of Departure) (1914), and László Moholy-Nagy's Construction in Enamel 3 (1923), which we'll also discuss on Wednesday.

Miscellaneous Uncatalogued Material will include a series of annotations on Triple Canopy’s website documenting the programs Wednesday's program and post responses in a series of annotations on Triple Canopy’s website; the same goes for the programs with Crowner and Reines programs on February 27 and March 7, respectively. These responses, along with edited transcripts of the conversations and related images, will be compiled for the latest edition of our print publication series Volume Number, to be designed by Tiffany Malakooti and made available in mid-March. We hope you'll be receptive to these transmissions.