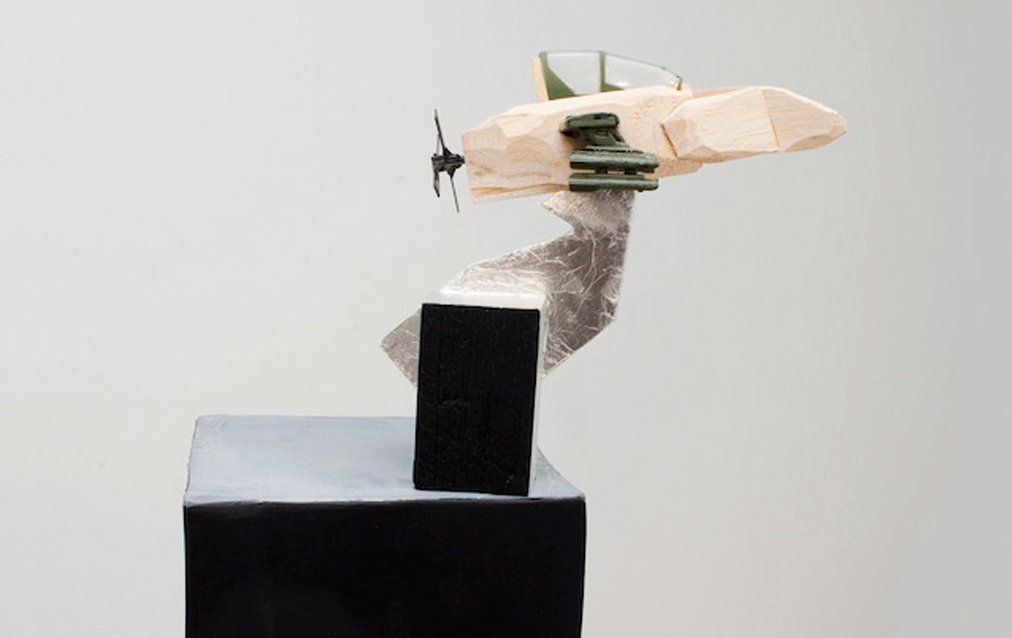 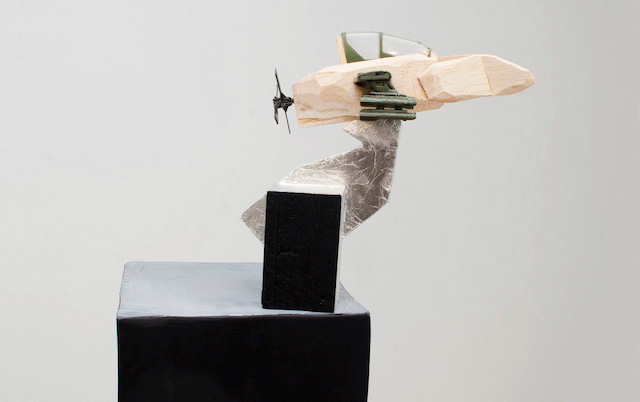 When I was ten years old, my babysitter's husband, a craggy, soft-spoken man who had once been a Soviet astrophysicist, showed me what he claimed was a piece of Sputnik. He lifted something small and hard from atop the media cabinet in his fantastically clean apartment and placed it in my hands. I ogled the chunk of plastic as he watched approvingly. "Spoot-neek," he intoned. His pronunciation thrilled me. I barely knew what Sputnik was, but the rocket's name transformed the thing in my palm from unrecognizable spare part to a talisman. An artifact is a strange sort of object: Its power rests on a physical connection to the past, and yet its representational power exceeds the material. Of the many foreign objects in that apartment—lacquered red-and-gold spoons, a massive sack of potatoes, a VHS collection of Russian-language cartoons, carpets that smelled like lemon—the putative Sputnik relic was the most exotic, simply because its foreignness was hidden at first.

In late June and early July, as part of Triple Canopy's residency in Sarajevo, Perfect Strangers, five Bosnian artists chose seemingly banal objects and figures that refused to square with any one narrative of the fragmented nation's identity. Among these were a now-overgrown Olympic bobsled track; the national car of Yugoslavia, the Zastava 101; and a first-person shooter game set during the Sarajevo siege and starring American snipers. By evading settled history, Perfect Strangers expressed a profound faith in its chosen objects and figures—faith in their ability to express complex historical information and serve as a means of sorting unresolved symbols of war and recovery. A counter-history is buried in the present landscape. And an object—maybe not a literal object, but the object as framework, as portal—is a potent medium for exhuming narratives that are not commonly known or officially recognized.

The Perfect Strangers activities recall the work of Lisi Raskin, whose project in Triple Canopy's fifteenth issue, "Endgame Tourism," recorded her wanderings in the massive underground bunker built by Yugoslavian dictator Josip Broz Tito in the late 1970s. To Raskin, the bunker "queers reason and historical analysis." She explored the bunker without a guide or map, picking up the structure's subtle frequencies—the irony of its officious readiness coupled with the "fact of its impossible use." Like the participants in Perfect Strangers, Raskin illuminated the bunker's latent inconsistencies, bringing forth historical details that resist being packaged and politicized.

But Raskin doesn't just observe; she builds anew. Drawing from the visual language of the military sites she frequents, Raskin creates temporary, immersive environments built with seeming haste. Take, for example, 2009's Armada, at the Blanton Museum of Art in Austin, Texas, a colorful garden of painted boards set at crooked angles, their raw undersides exposed. Or the scale model of a military control panel in Control Room (2008), at Bard College. Flanked by construction-paper maps smeared in glue, the replica seemed to be the product of fantasy. Raskin's work hovers in a historical ether, but the links to a particular time or place are obscured.

Raskin's first commercial gallery show in five years, "Shots in the Dark," was held this spring at Churner & Churner Gallery in New York City. Raskin recycled and re-mounted pieces from past installations; instead of creating new objects, she became the archeologist of her own storage unit. Her work appeared as a collection: a balsa-wood replica of a machine gun; a pine-cone rocket mounted on a roughly-hewn pedestal. Raskin's constructions represented history in two senses: they stood in for objects of war while also acting as relics of Raskin's nomadic career. A miniature rocket wrought delicately from a roll of toilet paper looked like something survivors of the apocalypse might build to show their children how the world once looked. Raskin's sculptures read as fakes, and yet they resonate as genuine remains—remains of play, of war, of the artist's process, of history.

In Perfect Strangers, participants encountered objects as bearers of historical incongruities, and so they became, like the artifacts in Raskin's recent show, evidence of a slightly different kind—not of history but of an artist's act of translation. In rendering an artifact ambiguous, both Raskin's show and the Sarajevo project ask us, in their own way, to experience "evidence" as a representational category, not as history or even fact.

How else might the history of a city be understood through its artifacts? A recent New York Times article, "A History of New York City in 50 Objects," offered a list assembled by historians and museum curators: a mastodon's tusk (about 11,000 BC), a Singer sewing machine (1851), a jar of 9/11 dust (2001). The Times exhorted readers to "tell us what objects represent New York City to you" in the comments section.

"Uh, subway tokens? Hello?" said Chris from Brooklyn. Angela, writing from Salisbury, CT, agreed. "I was born in Brooklyn in 1946," she added. "As a high school student I commuted to Queens on the QJ 'el' and had a 'bus pass.'"

"Ahh...the Brooklyn Bridge," marveled Barbara, all the way in San Diego. "My parents grew up in Brooklyn and my mom gazed at it romantically growing up."

"A History of New York in 50 Objects" was an innocuous version of the one-size-fits-all approach that Raskin and Perfect Strangers sought to avoid: various fragments collapsed into an ill-fitting official story, with each plot point serving only to advance the narrative. The most loaded historical artifacts are also personal—just ask Barbara from San Diego. But an object can also elide historical narrative despite, or even because of, resonance with the personal. The writer Mirco Kovač describes himself as "a Croat on my father’s side, a Montenegrin on my mother’s side, [and] breast-fed by a Muslim. Such combinations meant nothing to me." Our own memories sometimes refuse to reaffirm or deny the strength of a historical narrative; like an ambiguous object, meaningful stories about the passage of time are not so different from subway tokens—they're as weighty or as inconsequential as we make them.

The Times article also brought place, not personality, to the foreground. It construed New York in terms of inclusiveness and diversity, but also expansiveness—indicated by the presence of a map, an arrowhead, and mussel shells—New York stretches as far into the ground and the ocean as it does back in time. History defines physical as well as temporal parameters; herein looms the question of whether ancestral possession of a plot of land trumps someone else’s current occupancy. By demarcating space, history colonizes the present—whether in Bosnia or New York City.

What happens when historical objects cannot reinforce our notions of place—when they work to displace us? What happens when history can no longer be thought of in terms of territory, or must be thought of in terms of overlapping territories that refuse to give rise to a concrete sense of ownership or understanding? A paper gun or bullet-ridden bobsled sit awkwardly in the face of official histories. Their incongruity is their ability to evade placement; and this in turn is a strange sort of peace.