A book, part of The Long Tomorrow

Not Dead But Sleeping was published as part of Triple Canopy’s Research Work project area, which receives support from the Andy Warhol Foundation for the Visual Arts, the Brown Foundation, Inc., of Houston, the Lambent Foundation Fund of Tides Foundation, and the New York City Department of Cultural Affairs in partnership with the City Council. 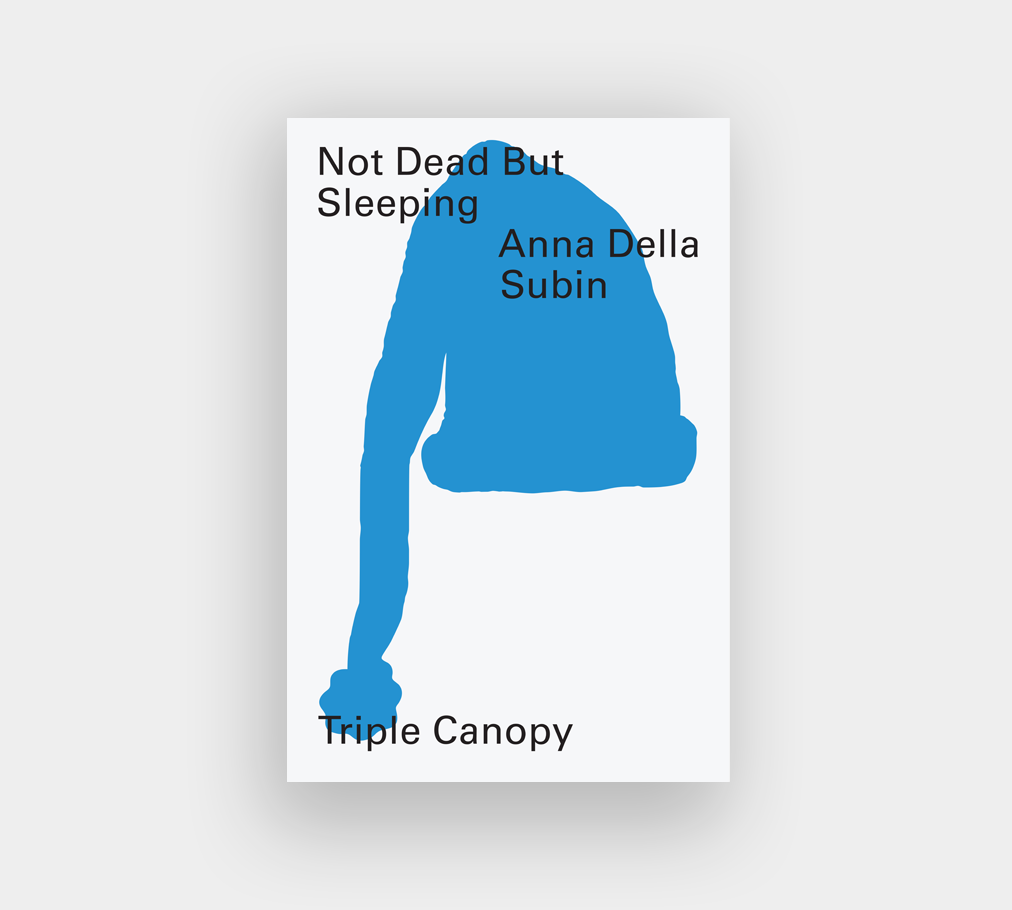 Prompted by the 2011 Egyptian uprising, this book-length essay on the cultural politics of sleep by writer and editor Anna Della Subin takes as its starting point Tawfiq al-Hakim’s 1933 play The People of the Cave. Based on the legend of the Seven Sleepers of Ephesus, which also appears in the Qur’an, the play tells the story of three Christian men and a dog who awaken in a cave after fleeing from persecution by their pagan king. Upon venturing out, the men discover that three hundred years have passed, and must come to terms with a transformed world. Though hailed in literary circles as a landmark in Egyptian drama, the play flopped with audiences, some of whom fell asleep.

Published as part of Triple Canopy’s The Long Tomorrow issue, Subin’s essay examines The People of the Cave and the myth that inspired it, tracing the origins and incarnations of the sleepers, a story told and retold at moments of political awakening, from postrevolutionary America to contemporary Egypt. Not Dead But Sleeping considers the myth’s speculative uses and revolutionary potential, poetically pushing back against Martin Luther King Jr.’s famous dictum, “There is nothing more tragic than to sleep through a revolution.”

Triple Canopy ebooks can be purchased via this website using the file-distribution platform Payhip. We offer our ebooks in two formats: EPUB 3.0, which can be read on most readers and devices, and MOBI, which can be read on Kindle devices. Once you purchase your ebook, you can download it and read it on your device. You can also buy our ebooks from Amazon and Apple.