The Red Detachment of Women
by Jen Liu

A recording of Jen Liu’s The Red Detachment of Women, a performance that mines the standardized movements of women’s bodies in Chinese propaganda ballets of the Cultural Revolution and of workers in contemporary meatpacking plants.

An instrument forged from hourglasses, played so as to make time resonate, bend, recur. Video and a score that evokes unmeasurable moments. 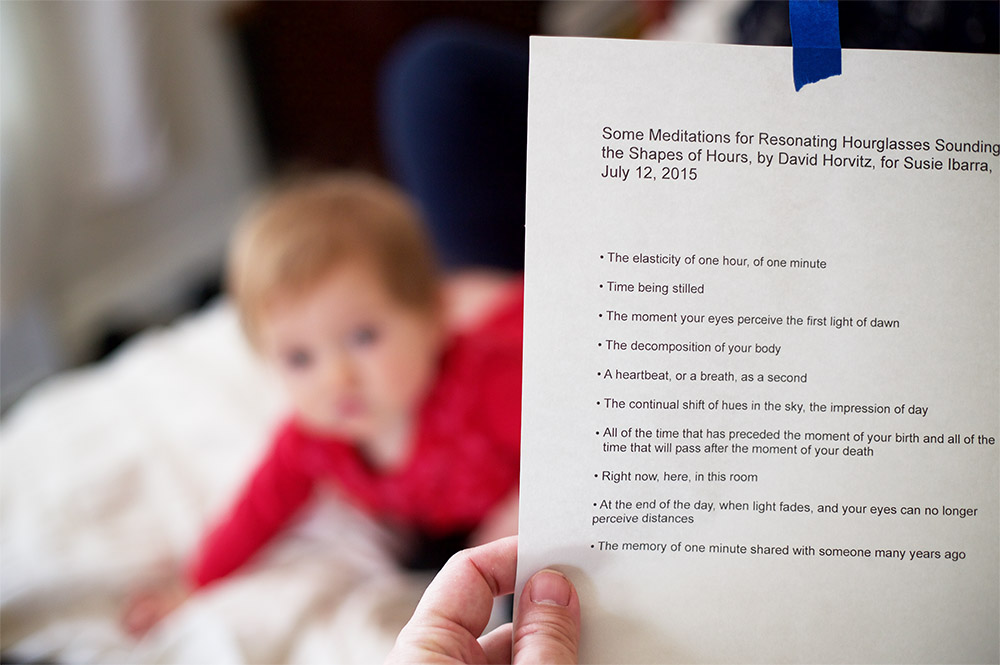 An instrument forged from hourglasses, played so as to make time resonate, bend, recur. Audio that evokes unmeasurable moments.

An account of Lucy Raven’s Freedom from Travel Ghost, a live history of the movies behind the movies, the calibration charts and test patterns that train us to see; a glimpse of a globalized, fragmented future of film in which, nevertheless, “everyone shares the same vision.” (All images courtesy of the artist.) 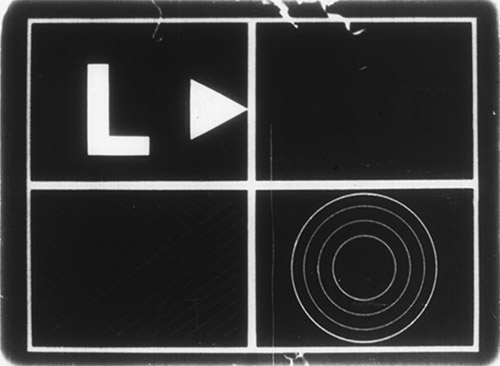 “What you see on the screen is a series of test patterns and calibration charts to be used while projecting film,” Lucy Raven began. “Before the audience members take their seats, the projectionist runs one of these charts on a loop in the empty theater. The loop is printed with an identical pattern on every frame, so a still image seems to appear on the screen. The projectionist makes a quantitative analysis of the image, checking for correct color, resolution, focus, and aspect ratio, while making corresponding adjustments to the projector, until the image is as perfect as possible.” In narrating episodes from the history of the standardization of filmic images, Raven connected forms of production initiated half a century ago by the United States military and today’s efforts to regulate the appearance of movies cobbled together by technicians around the world. As standards for the projection of film and video change in concert with the technologies that they regulate, they end up shaping (and continually reshaping) our experience of moving images, conditioning us to see. 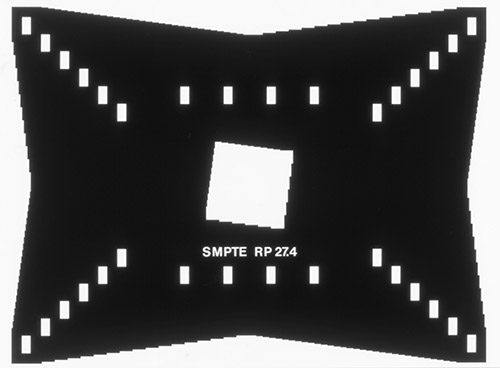 Raven showed numerous calibration charts, which she has collected from current and former film-lab technicians and projectionists around the country; she described them as “the ultimate formalist films,” each being designed “with only the technical characteristics of the medium in mind.” One such chart is RP 27.4, known as Freedom from Travel Ghost. (RP stands for Recommended Practices.) RP 27.4 helps to detect “travel ghost,” which occurs when the projector’s shutter blade is improperly adjusted and the image appears blurred, partially imprinted with the preceding frame. 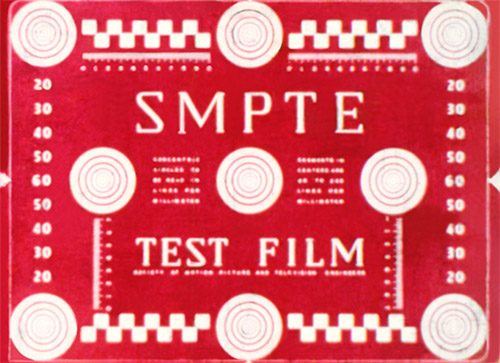 Many of these looped patterns were produced by the Society of Motion Picture and Television Engineers, which since 1916 has been responsible for the development of standards, recommended practices, and engineering guidelines for Hollywood. She also screened filmic artifacts of the standards that, during World War I and II, enabled the US military to capture and analyze the action on overseas battlefields; “to bring the war to audiences in the homeland via moving pictures (in the form of newsreels) for the first time.” 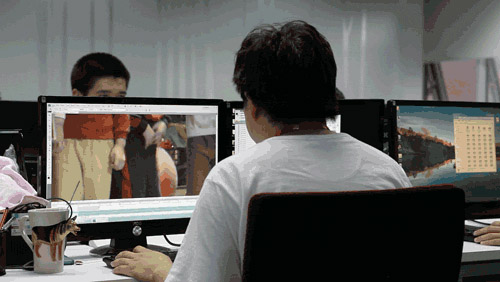 The Academy of Motion Picture Arts and Sciences has sporadically released test films that use naturalistic images and film clips rather than purely technical images to test projectors. Raven showed some of these films, which, she observed, often contain incidental narratives, even meditations on the nature of the screen test.

Today’s movie industry has largely switched from celluloid to digital projection. Most digital projectors now have test patterns embedded directly into the machine, to be retrieved at the push of a button. In 2015, the Academy introduced the Academy Color Encoding System (ACES), which is meant to become “the industry standard for managing color throughout the life cycle of a motion picture or television production.” Raven described ACES as proposing not just a unifying standard across the entire “life cycle” but also a cohesive, singular way of seeing—indeed, a world in which “everyone shares the same vision,” as the narrator of the promotional video below intones—at a time when film production is more globalized and fragmented than ever. As Raven’s work Curtains (2014) details, digital cinema files might be sent from Hollywood to postproduction facilities in China, India, Europe, or Canada for visual-effects and mastering work, which occurs in any of dozens of formats and color-encoding schemes, with important metadata often getting excised along the way.

Raven concluded by screening a digital version of her film installation RP31 (2012), an animation composed from thirty-one test patterns and calibration charts. These artifacts “describe the performance specifications of their own times,” Raven said, “and in so doing reenact their original function: to construct particular looks, and particular viewers, for the images that they regulate.”

Raven narrates episodes from the history of the standardization of filmic images. She connects forms of production initiated half a century ago by the American military and today’s efforts to regulate the appearance of movies cobbled together by technicians around the world.

Liu debuts a performance that mines the standardized movements of women’s bodies in Chinese propaganda ballets of the Cultural Revolution and of workers in contemporary meatpacking plants. Through choreography and animation, Liu asks if the gestures performed by factory workers and butchers might be understood as meaningless repetition or as a passage to social harmony.

Horvitz presents a musical instrument made from a number of hourglasses, antique containers for minutes and hours. Percussionist and composer Ibarra uses this instrument to make time resonate, bend, decay, and recur, prompted by Horvitz’s evocation of moments that can more easily be sounded than measured or calendarized.

This program is produced in collaboration with the Education Department, Whitney Museum of American Art.