Re: Our Name
Triple Canopy 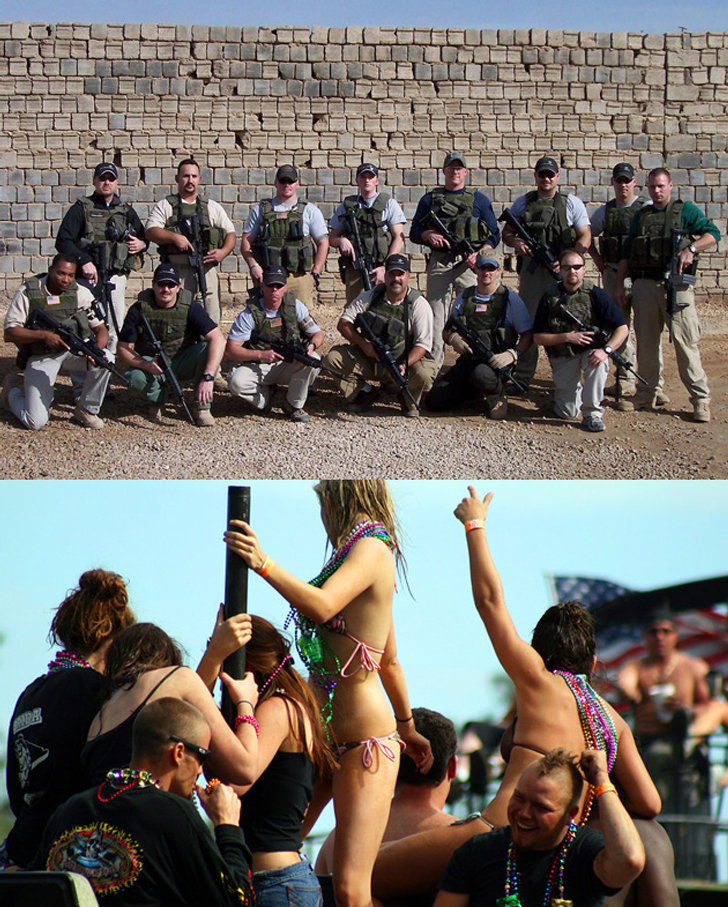 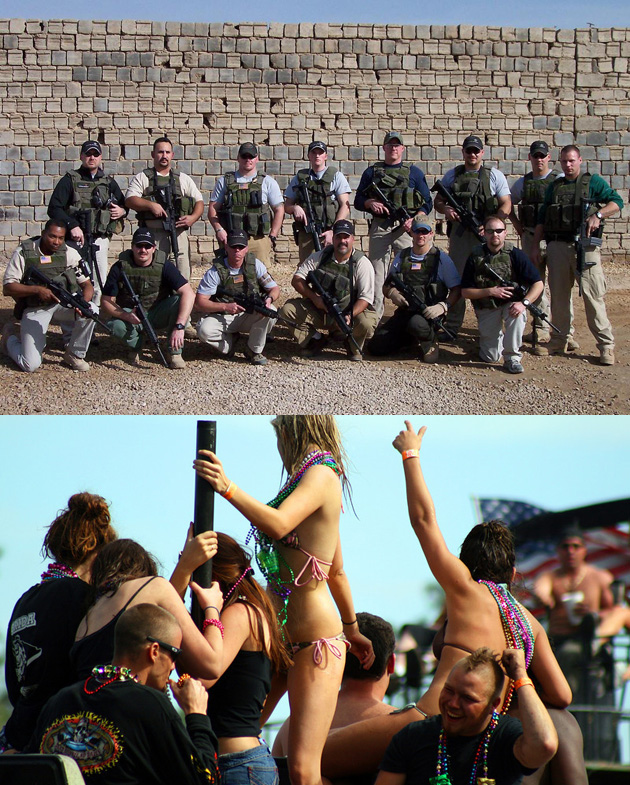 People often ask about the name Triple Canopy. Here is an answer, from the annals of newhungarianquarterly@googlegroups.com, in the form of emails in which we parse whimsy and obscurity and geography and meaninglessness … and eventually settle on Triple Canopy. Additional foundational correspondence appears in Invalid Format: An Anthology of Triple Canopy, Volume 1, published in January.

Laurence made the observation that our name could be “the stick that people beat us with” in the future. I’m beyond thinking too hard about this, but if any other people have a suggestion for a better name, this would be the appropriate time to make it public. Imagine yourself having a conversation with someone in six months, telling them about the New Hungarian Quarterly. Ask yourself how that would feel.

Wasn’t the point, for a while at least, to arrive at a perfectly meaningless name, so as to imply a certain anti-necessity to the magazine’s existence? The New Hungarian Quarterly almost gets there, but “Hungarian” tilts it just over the edge into whimsy or obscurity, maybe. Maybe not. The backstory is so charming—but the theft is too clever? “New” is a great word for adding a kind of vague pomposity. The New Leader, the New Republic, the New Criterion, maybe the New Masses—when you look at them a second time, they are crazy, awful, arrogant names, but “New” somehow covers their asses. That’s what might recommend something like the New Dial—I mean, dials hardly even exist anymore, and maybe “New” adds enough charge that no one will notice? (Whereas the Very Obsolescent Dial would be bad Barthelme.) But it might be just too innocuous.

Given the current geographical emphasis, you might also think to the precedents of American journal culture under the conditions of nation bildung: the North American Review and the Atlantic Monthly—these were the innovators and stalwarts of the second half of the 18th century. The North American Review was ultimately the kind of magazine in which you’d find late Emerson essays on Organicism and Thought alongside Edison’s perambulatory remarks on his wonderful new inventions. Techno-pastoralism, let’s say. Meanwhile, the New Hungarian struck me as remarkable precisely because of the dislocated quality of it. There’s no invocation of the cultural priority of one’s own habitus. And that is something. Besides, you already made a winning acronym of it. But then again, nodding toward the North American, how about the Atlantic Shelf?

If we’re going to be historical, we should really be historical. If we’re going to be political and even utopian, we should find a moment or a cause that’s either all ours or not at all. Fourier would be better (the North American Phalanx?); Robert Owen (the Newer Harmony?) better still. Similarly, I think the context should be either American or genuinely international, not western European. “Hungarian” is good in those terms, though I worry about exoticization—is it OK to use central Europe like that, just because Hungarians are white? To quote my friend, are Hungarians the new Bohemians? So I still like NHQ, but a few more words on behalf of the New Dial. Besides the transcendentalist-into-modernist little journal, there’s the serendipitous rhyme with the New Deal, which presents its own problems and possibilities; also, the more I think about what a “new dial” might be, or the more correct “new sundial,” the less idea I have. It becomes a surreal object, even a utopian one. Also we can talk about ringtones. Mine’s “I’m a Flirt (Remix).” Beep me 911.

After much deliberation and a resolution to confront the (private) war machine, if only with semantics, we have a name: Triple Canopy. There is a chance we will be sent a cease and desist letter by the military contractor currently using this name.

Triple Canopy (from the contractor’s website): “The name Triple Canopy was initially chosen to evoke the protection offered by a ‘triple canopy’ jungle. The company still embraces this idea but further defines itself by the multiple layers of security it offers as well as the levels of redundancy built into every operation.” My understanding has always been that the products would have to be mistakable for one another for there to be infringement. That would seem unlikely in this case.

I don’t like the new name. New Hessian Quarterly, if we must pose as mercenaries. Instead of “Baghdad street cred,” naming ourselves after a private military company makes us look like smug assholes declaring ourselves somehow unmoved by the sick politics of our day. If we’re treating the subject of a PMC with college-kid irony, what exactly are we going to take seriously? It reminds me somehow of the French colonists sitting around the dinner table in Apocalypse Now. Or the narrator of Remains of the Day. Defiantly oblivious. Or is that the point?

I like Triple Canopy. For people who don’t bother to Google it, it’s a lovely name that conjures up a number of associations. And for those who do, it’ll make them uncomfortable. What’s our stance toward the company and the name? For one thing, it seems obvious that this NHQ group is anarchic enough not to have a single stance. And that tension is high-stakes enough to be a good thing. For me it gets back to Chaplin’s thesis for Monsieur Verdoux—“Murder is the logical extension of capitalism.” And, well, war-for-profit is the logical extension of that. Private fucking armies paid by our government with BEAUTIFUL corporate names seem exemplary of our present moment. Taking their name is an appreciation of their art, and a small, tiny, act of war on their disgusting brand. You might disagree. Anyway: The name lends itself to overthinking. That’s good. But I think we should clam up soon and let people overthink it for us.
Say there are two sides to the name: aesthetic (it’s pretty) and political (it’s ugly). The valid objection is that we will be, or will be seen as, privileging the aesthetic over the political. That our name will be an empty irony. I think we’ll be able to keep the aesthetic and the political in a productive tension. And the name will read doubly; if ironic, bitterly ironic rather than emptily so. But it might be helpful to be straightforwardly, unartfully political on a regular basis.
We’re never going to agree what the magazine is about, though I’ll propose three axioms: Pursue what interests and excites you, keeping in mind that it needs to work on the Internet, and also that nothing’s not political. Anarchy of interest, plus autocratic editors to confirm interest and move material back in line with the three points above. Not defining “interest,” “excite,” “work,” “political.” The magazine will orbit an absent program and make it visible in time.

Briefly, let me say that the idea of Triple Canopy comes from a place that is not smug or unmoved at all—quite the opposite. I think that should be clear by the content, much of which is or will be politically engaged either directly or obliquely, at times playfully, but never ironically. I second Sam’s comments, and would just like to add that, in terms of semantics, I was drawn to the dissociative tendencies highlighted by the name Triple Canopy and furthered (exacerbated?) by our appropriation of it. I would like to think that by mimicking that act we’re imbuing with meaning something that was constructed almost explicitly to deny or obscure the relation between word and thing—an empty shell people can feel OK about throwing money at, and one with infinitely greater aesthetic value than “Dyncorp.”

I like Sam’s notion of autocratic anarchy. Some place new on the chiasmus of democracy—Hobbes & Locke & Calvin & Hobbes. All interests are interesting, but some are more interesting than others. Some method of navigating between holding to an editorial flight plan and allowing for Web 2.0 freefall. I’d have to agree, I like Triple Canopy, it has a punch. Not so dark as “Joy Division,” say, but it acknowledges that we find ourselves in a moment of mayhem, albeit one that seems to have disturbingly few effects on our daily lives (rather, it’s what hangs over us). Moreover, it seems to acknowledge the particular nature of this war—that if you can look past Cheney’s sneer, you realize that there a few governing principles that are driving it, ones that have long preceded and will persist beyond this particular administration: free markets gone amok to the point where private equity supersedes sovereignty. This is what Reagan and Thatcher cooked up while we were listening to Thriller, and this is what we have to spend the next years of our lives resolving—by any means available.

A good anecdote that you’ll appreciate: A new hire for Huge is an ex-marine who did tech support and set up networks in Iraq while serving. The other day while sitting in our open-layout loft space working, another new hire mentioned that they used to work for a company called Clearwater. In response someone said, “Oh, were you like Blackwater?” The ex-marine said, “I worked with those guys, they were really cool. Bunch of Special Forces guys who want to make money.” There was some conversation that followed about who oversees defense contractors and whatnot. Then the ex-marine said, “There was another group of guys I met that worked for another company … what was it … canopy … canopy … canopy …” I had been silent up to this point and chimed in, “Triple Canopy.” The ex-marine said, “Whoa, Caleb here must have been in the marines.” I responded, “No, I’m part of a group of people starting a magazine named after Triple Canopy.” No one said anything.