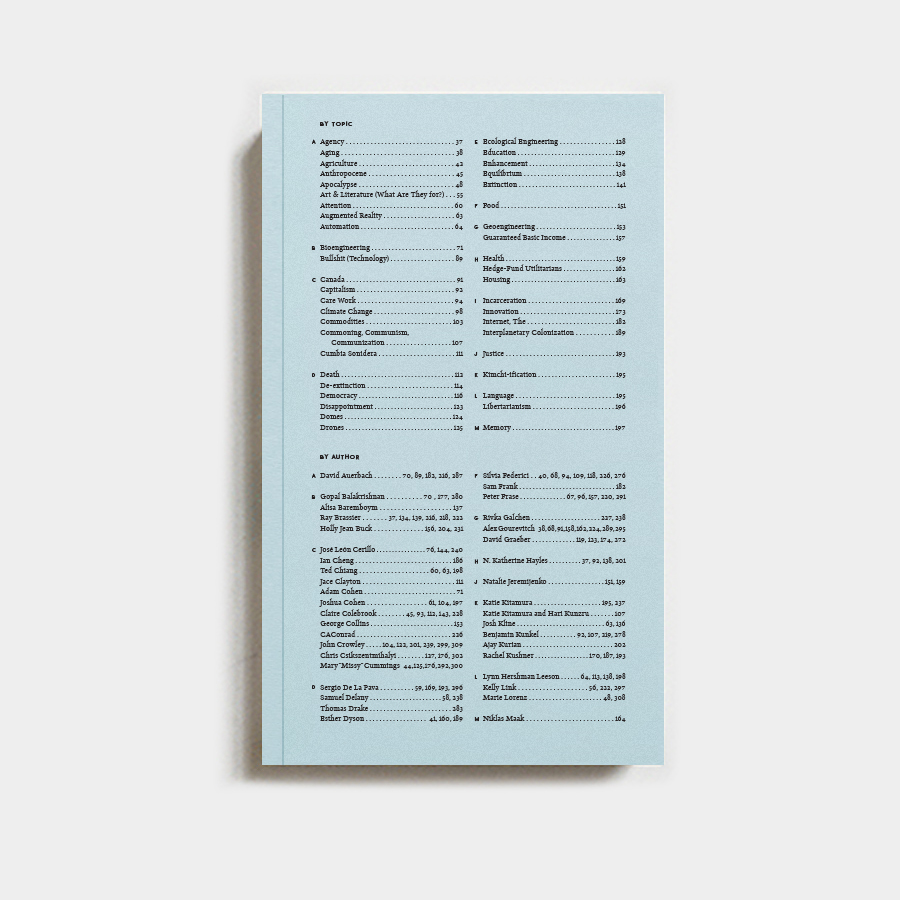 In the summer of 2013, Triple Canopy invited more than sixty writers, artists, scientists, activists, economists, and technologists to make bets on the future. Triple Canopy asked: Which future do you want to see realized? How precisely can you describe it? What demands might this future make on the present? These speculations were to be optimistic, even if that optimism were skeptical or dark. They were presented as Speculations (“The future is ______”), a fifty-day series of lectures, discussions, and debates at MoMA PS1, Triple Canopy’s contribution to the exhibition “EXPO 1.” In subsequent months, Triple Canopy continued the speculations by way of public conversations about climate change and inequality, geoengineering, and the way in which we conceive of and represent nature.

Distributed in North America by ARTBOOK | D.A.P. Major support for Speculations (“The future is ______”) has been provided by MoMA PS1, the Truckin’ Foundation, Robert Rauschenberg Foundation, and Triple Canopy’s Publishers Circle.