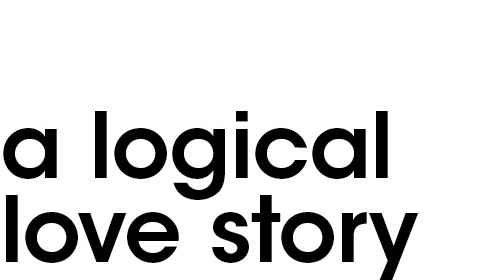 You sometimes hear about the similarity of something you’ve written to something someone else has written, and after a while it makes no difference at all—you no longer believe it or care.

Though I’ve read Grace Paley, I never read her story “A Conversation with My Father.” After I sent my story to Sam Frank, an editor of this magazine, he mentioned how it was like a piece by Ms. Paley. You sometimes hear about the similarity of something you’ve written to something someone else has written, and after a while it makes no difference at all—you no longer believe it or care. But when Sam pressed her story into my hands (virtually), I read it and was amazed. One has to wonder: How many fathers out there are disgruntled at their daughters’ storytelling techniques? Is this feeling very common among fathers of daughters who write short stories that do not proceed in a classical fashion? Do they on some level regard it as a failure of the feminine virtues? Do they blame themselves? And what about the young men whose stories don’t follow predictable paths? Do their fathers resent it as much as the fathers of daughters, or in these cases is it the mothers who look upon their offspring with pity and disbelief? What obligation does a daughter have to her father? Surely no obligation to tell her stories in the standard way. Still, if he’s in a hospital bed, sick and dying, a daughter can’t help but at least humor his unhappy critiques—and then do nothing at all.

In the fall of 2006, my father was very sick. He was in the hospital, and we were not sure whether he would live. I spent every day in there, and sometimes we were bored. I can’t remember whether it was his idea or mine that we write a story together. I think he might have been chastising me for not writing logical stories. He has always been an engineer. He said that if he was a writer, he would write logical stories. We decided to try and write a logical love story. Or rather, I would let him show me how one went about writing stories logically. The following is how our conversation proceeded. One last note: We were not sure if he was brain-damaged by what had happened to him—it was maybe a stroke—and around this time we were doing tests (reading, writing) to see whether or not his brain was OK. From this transcript, it is a little hard to tell.

Sheila: So how should it start?

Dad: Well, no no. But let’s talk about it this way: What should happen? Not: How should it start? That’s how you write a logical love story. We’ll do it my way. Have an outline. Let’s make it a man and a woman.

S: Which is more logical?

S: Do you think Hollywood movies are logical love stories?

D: Well, I mean, they’re logical movies of love stories. Because they’re so predictable. Most of them are totally predictable, right? Two people meet, he finds her attractive, she probably finds him attractive but can’t stand him, he chases her, little interludes here and there, and then they fall in love, obviously, or maybe they don’t fall in love. I mean, I mean, the funny thing would be if they both had a certain view of what they wanted in life and what they wanted from the other person—but here I’m doing a typical Hollywood movie again, because in a typical Hollywood movie he wants this and she wants that and they get whatever they want…they get each other. I’m thinking romantic comedy, that’s the problem. Is that what I should be thinking? Do I want a romantic comedy? So this is what would be a logical story—you build a story. But maybe that’s how poor writers and poor screenwriters create things. The other way to do this is to create a character, right? And start him living in life? Well, do you need a plot first or not? See, we’re going to solve the book-writing problem.

S: What do you mean?

D: We’re going to figure out how to write a book. You’ve never figured it out—you’ve taken years, and trial and error, and then you produce something really unique without a market.

D: Are we writing a short story here?

S: But I think that the idea you come up with by thinking is always going to be typical if you think it through.

S: What about them?

D: They’re great! They wrote great, non-clichéd romantic comedies. At least they weren’t clichéd before they became commonplace. But even then they’re not clichéd.

S: And what do you think makes them not clichéd?

D: Quirky characters with character and personality. And they have to be charming, too.

S: And what about the plots? See, the plots don’t matter!

D: I know—the plots don’t matter. They don’t matter; they just have to be interesting people put in…any kind of situation. But I’m not clever enough to write a very smart movie like A Man and a Woman. OK, here are the movies I’d like to make—or the movies that are great movies I’d love to be able to make: A Man and a Woman, Claire’s Knee, Un nuit chez Maude, Annie Hall—of course—The Graduate…I just realized my favorite movies are all romantic comedies. Of every genre: French, English, American.

S: So we have to start with a character, then.

D: We have to start with a character. Well, let’s look at characters, and we’ll pick a different character. Who are some great characters? Well, Jean-Louis Trintignant, in a number of things—A Man and a Woman, Un nuit chez Maude, you know. Woody Allen in all kinds of things. Well, let’s pick all the cast—

S: Well, do you want to start with the man or the woman?

D: And film aficionados will get the connection.

S: So which character should we start with?

D: A Man and a Woman Have Dinner with Andre.

D: A Man and Woman Have Dinner with Andre and Annie Hall…

S: I think we should conceive it as A Man and a Woman have Dinner with Andre—’cause then you have three characters, so that’s interesting.

D: Not at Claire’s Knee?

D: Then you could bring in an interesting twist.

D: Well, there’s a sexy twist: Claire’s knee. A Man and a Woman Have Dinner with Andre and Claire’s Knee.

S: Do you envision the fourth being Claire or the knee?

D: Well, you start off with the knee. And then you move up to Claire.

S: Is the knee under the table?

D: And the question is, Who does Claire go home with at the end of the night?

D: So this is the method—this is the brainstorming method of fiction writing.

S: If you brainstorm.

S: If you brainstorm.

D: Didn’t it get interesting?

S: Yeah. But what are you trying to teach me?

D: Teach you? I’m not teaching you anything. I’m just doing it my way, and then you can observe whatever you want from it.

D: And that can be the trailer: two people talking about…a story of…a man and a woman and Andre and Claire’s knee.

S: Well, I have the script for it.

D: You have a script for it already?

D: We’ve only been at it for five minutes.

S: But I’ve been writing down what we’re saying.

D: No, that’s brainstorming for a movie. It might be a short story.

S: No, it’s a script. ’Cause I have what you’ve said and what I’ve said in our brainstorming—so that could be a good trailer.

D: You could be Claire, I could be Andre.

S: And who would be the man and the woman?

S: But that’s not good, because if the question is, Who does Claire go home with?

S: Well, she’s not going to go home with her father.

D: You’re coming to my house.

S: I have no problem with that.

D: I wonder if I can’t do tongue twisters.

D: Why do they have dinner together? Who are they? Who is the other couple? OK, I can be Andre, you can be Claire. Who would the man and the woman be?

S: Somebody both of us know, so we can conceive it.

D: It could be Janos and Pauline.

D: They don’t have to look the same.

S: What are you saying? Why are you trying to ask who they are?

D: Well, because we’re talking about characters. But we want interesting characters. Maybe one of them could be Mom. Mom and David. Well, then I would be a man, Mom would be a woman, you would be Claire, David would be Andre—but that wouldn’t be interesting; that would make no sense. Who cares about a family?

S: I think we should stop thinking about the characters as us.

D: Right. Right. You started it.

S: I’m going to look over the transcript and see who started it.

D: You said I could be a man, and I said you could be Claire—and then we said nah.

D: Are you writing down…that you’re going to look to see?

S: Yeah. You said, “You could be Claire, I could be Andre”—you started it.

D: You know what you have to do, S? Split screen. Type in one screen and search the other screen. You know what I’m seeing? Sort of tiny tiny particles of light in a dark background swirling around.

S: Are your eyes closed?

D: Like little points of light, like stars, but densely packed. So it’s not stars. But really small. I’m amazed at the resolution and the detail.

S: But are your eyes closed?

S: Could it be the particles on your eyeball?

D: It’s like colored lights, like tiny particles flowing in front of my eyes, jostling back and forth, like a river full of little particles—light particles. It’s…interesting. It’s interesting. Is that my eye or is that my brain?

[The nurse pokes her head in the door.]

Nurse: Anytime you urinate, can you save it?

[He plays with his eyes.]

Tiny tiny tiny, dense colors, yellow, red, green, on a dark background. Little tiny particles packed together, jiggling back and forth next to each other. What a sight! I mean, I’ve been seeing it for about an hour.

[Sadly] And then they disappear.

Several months later, he was released from the hospital and returned to his work, teaching young people computer programming.