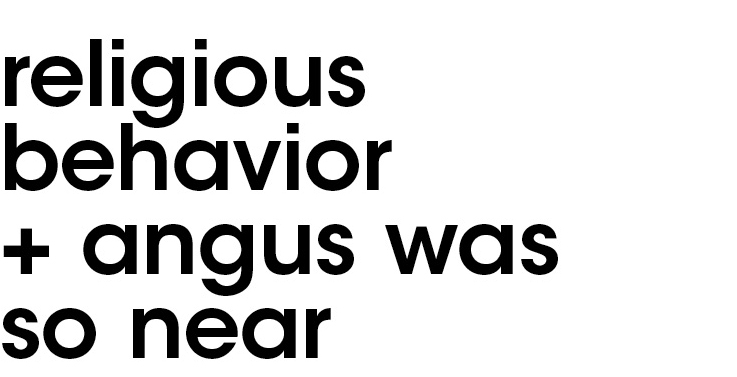 After a pause, in a confidential way—a newcomer looked toward me, a toddler with her mother, I’d bet.

“These type of people,” Mother said.

“See that large bird?” I said.

The toddler acted as if she knew me. For a sidewalk encounter—how much could we spill the beans with people watching and trying to think accurately all around us? We both were too cowardly to speak, but it is so fascinating when somebody is so clearly distinguished, and you can tell—by the superciliary arches above her eyes, the ultra-tiny hands. I see a family likeness to her mother in the visitant, in the youngster. I, nonetheless, regard her as real.


ANGUS WAS SO NEAR TO OVERLOADING AND SO WAS I. I ACCEPT SOUP. LUNCH WITH ANGUS IS NOT AN INTERESTING STORY!

I think it could be an allergic reaction. There was blab, blabbing within the pastel color scheme in the foreground between myself and Angus and because the length of it is on the long side, the drapery is all piled up on the floor. Barbara arrived and then Calman and then I was taking my breaths like a pro.

Names were added to my list—Bartley, Beal, Ronalda, Norma, Griswold! You need to start at an early age feeling up, coloring up. When we were all assembled, and Calman had arrived, it was cozy. I can only grasp significance now and then, depending upon whether or not I have one of those infections I get.

It is so helpful in our culture—the main orgasm—vaginal sex. It pays to establish this big peak, although it’s a bit like intending to wear oneself out. Faceup, thumbs, a partner’s head. I think one person thinks of it and then everybody copies her. How’s everything?

“At four I have to put the meat in the pot,” Barb replied. “That will be enough time.”

IT COULD BE AN INTERESTING STORY, BUT I AM THIS FAR IN IT ALREADY AND I’VE GOT NO JOY TO MY HEART!