by Jon Kessler with Sam Frank

“It was like looking in a distorted mirror.” The artist discusses his Global Village Idiot and a foray into MySpace
self-portraiture.

SAM FRANK: I first saw Jon Kessler’s work at New York’s P.S. 1 Contemporary Art Center, two winters ago. His show, “The Palace at 4 AM,” overfilled a room with sculptures jury-rigged from TV screens, surveillance cameras, and magazine clippings in motion. Overmediated images, overfamiliar images, images of war and sex and celebrity, taken apart and amplified, pushed away and brought close, by simple mechanical means. The effect was both chaotic and clear: so-called spectacle, made palpable, then painful.

Last summer, I happened to copyedit the catalogue for “The Palace at 4 AM.” I fixed grammar in a few critical essays and a fictionalized interview between Jon, a four-star general, and the general’s youngest son, a Bard curatorial student. The “Palace” was somewhere on its way from New York, to Hamburg, to Düsseldorf, to Karlsruhe, to Berlin, to Copenhagen, back to Hamburg to stay. I was crashing on my sister’s couch in Los Angeles for a month, without a car. Between work emails and phone calls with New York, Princeton, and Germany, and while avoiding my own writing, I fretted time on Friendster, then GoodReads, then Facebook, but not MySpace.

Jon’s next New York show was at the Drawing Center, last fall. He presented works from the slideshow that began this piece: collages mashed out of magazines and paper pulp at the workspace Dieu Donné; faces that used to be famous. Again, simple means mounted against the overfamiliar. But these works were, literally, flatter than those in “The Palace at 4 AM”: just pained, aggressive, fucked-up faces. I thumbed through the thin catalogue. You Have 43 Friends, it was called, I assumed after the MySpace tagline. Were these faces friends? What if they were?

I asked Jon whether he’d be interested in creating identities for those faces on MySpace, and whether he’d play the Global Village Idiot, the last figure in the slideshow and a recurring character in his work. I rounded up thirty-odd friends and friends of friends and asked them to make something of the MySpace medium—whatever that something might be. A visual object. A kind of fiction. A social sculpture. My vagueness didn’t help. A handful bailed. Others floundered. The project lies fallow. At least the faces have the solace of friendship, whatever that means, or might.

JON KESSLER: The Global Village Idiot was initially meant to be a self-portrait as an aging, suntanned hippie—me, if I’d made a few different life choices. Waking up on the beaches of Venice, California, rubbing the sleep out of my eyes, greeting the day. In 2002, when I created him, I was feeling incredibly vulnerable. It wasn’t just the vulnerability we were all feeling after September 11, and it wasn’t just about my own studio practice—I was running the art program at Columbia; I had an office job, basically, five days a week. I felt forgotten to the art world, and to myself. I made a self-portrait to confirm my being, and also to convince myself that things could be worse. It was like looking in a distorted mirror.

The GVI’s head was built out of an English collectible made by a company called Bossons. I’ve used these found objects for twenty years because they’re so beautifully sculpted. This one was an Arab figure, and he had a big nose like me. I cut off his turban and used horsehair to give him hair, a beard, and a mustache. He had the right facial makeup to be me. But when he was finished in the studio, people would come by and ask me who the homeless guy was, or the terrorist. So he became my hippie-homeless-terrorist dude, a kind of floating signifier for so much that was in the air.

He kept returning in my work. He first appeared in a sculpture from 2004 called Party Crasher. Then, for “The Palace at 4 AM,” he returned as the central character in a piece called Evolution. I made four versions of him, using two different heads, one a Pashtun and the other a Moroccan Arab. He wakes up in the burning embers of the World Trade Center. He’s on a blog kissing the troops in Iraq. He’s a four-star general. And finally, after getting Botox and laser hair removal, he becomes a Republican senator. Every time “The Palace” has shown in Europe, he’s been a kind of newscaster for it. And in my upcoming show, “The Time Was Now,” he’s a suicide bomber. Actually, the Ghost of Suicide Bombers Past. Again, the gray-haired figure is present, this time wearing a ripped “I ♥ NY” shirt. He’s moving his lips but no words come out, only the amplified sounds of his animatronic servo motors.


You Have This Many Friends

The GVI, or his hair, made it into my show of collages at the Drawing Center, mashed up with celebrities and everything else. For the show’s catalogue, I put all these characters together. I realized it looked like a high school yearbook. That made me think about the thumbnails of friends on MySpace—from when I’d meet someone who was in a band, and they’d say, “You should check out my band on MySpace,” or when students of mine would tell me they had a MySpace page. My experience with the site was very limited. But I called the publication You Have 43 Friends.

You took me literally and asked to put the faces online, with me as the Global Village Idiot. I said OK. My interest was sparked by the idea of taking this character that started off as a response to the real me and to the real itself and then became more of a fiction, and bringing him back into a space where the real and the invented are confused.

My MySpace GVI is the GVI as hippie urge. He’s walking one way while everyone’s walking the other. He’s watching it all, waking up just to face the day. He’s one of my favorite characters in Evolution. There were a lot of homeless people in the subways and public spaces under the World Trade Center, that amazing labyrinth of stores and kiosks—those guys had to be rescued, and who knows if they all were. And he’s one of those guys. All he does is look up at the sky—there’s a motor that’s making him look up. He’s in the burning embers. He’s passive. In a funny way, all my thirty-some MySpace friends are the GVI on crystal meth, on steroids—hyped up, amped up. They are some sort of legion of superheroes with the GVI’s hair. But my GVI, he’s the pure one.

From the start of the MySpace project, I really felt my age. I was never that engaged visually; I always found it a bit frustrating, to be honest. And then the things you could do: put songs on, or list your favorite TV shows, or Pimp My Profile. It was all so predetermined. I knew that I should be in closer contact with my friends, but I had a hard time opening myself up to that level of exposure. Allotting the necessary time to be connected in a successful way is agonizing. With technology, I feel like I’m in a precarious, guarded place, with a leaky one-way valve. And while I use the computer tons for my work, and there’s been a digital component since ’85—we used to build our own circuit boards—I use the Internet mostly for research. I need to see just enough for me to finish the sentence and the look of the thing. No more.

For the suicide-bomber project, Andrew, my assistant, started going really deep into research with these freaky suicide- and martyr-video experts, way beyond YouTube, and next thing you know, we’re starting to look over our shoulders. But that was him online, not me. Then all of a sudden, I realized that, OK, I’m in my studio as Jon Kessler. I’m watching martyr videos, I’m researching suicide bombers, I’m creating a show about the moments before a deadly blast. The stuff is pouring out of me, and I’m beginning to get into a suicide-bomber headspace. That intensity seeped back into my MySpace character. I started to send out desperate little signals—sentence-long messages to people—but they were never really picked up on. They were subtle, but they had a Travis Bickle “I’m going to do something and you’re going to remember me for it” kind of feeling. For a minute, I started to experience the Internet’s confessional power, but that was punctured almost immediately.

You realize that this is maybe the history of a lot of stuff on the Internet. In chat rooms, you’re either being pushed into committing suicide when the parents of your friend have set up a fake account to provoke you, or you’re sending out signals and no one’s picking up on it. And you’re feeling like, “Hey, wait, isn’t this supposed to be a virtual community? And aren’t we supposed to care about each other?” My experience of MySpace was like carrying on a conversation with ten, fifteen, twenty people, but they’re all in different rooms, missing lots of subtleties and signals.

After that one intense week, I got bored with MySpace again. Being on the computer feels administrative. The thing that keeps me excited is being here in my studio doing stuff. I have a hard time just answering all of my email. Does this project need one more push, you ask? How about you give me the names and addresses of all my so-called friends, and I go and mow ’em down with assault weapons? You’re gonna remember me.

—As told to Sam Frank 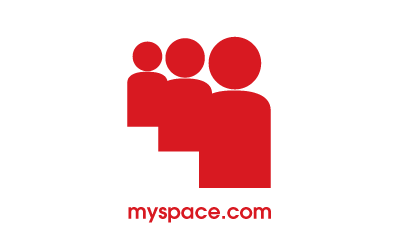