A digital project, part of Can I Leave You?

Synthetic Blend V is made possible through support from a Craft Research Fund grant from the Center for Craft, the Andy Warhol Foundation for the Visual Arts, the Lambent Foundation Fund of Tides Foundation, and the Opaline Fund of the Jewish Community Endowment Federation and Endowment Fund.

Fashion can be thought of as a conversation across cultures, geographies, and time, in which styles and codes of dress are assembled to create a look for a world the wearer wishes to inhabit. The language of dressing enables us to manipulate our perceptions of one another in the act of seeing. Sometimes, fashion works as a cipher that allows people not to see one another or normalizes a look, burying histories of cultural exchanges and making space for new narratives.

Which brings us to Pendleton House: the personal collection of Charles Pendleton, a wealthy Rhode Islander whose 1904 bequest to the art museum at the Rhode Island School of Design established the first American decorative arts wing in the country. Pendleton stipulated that the collection remain intact and be displayed in a suitable building, so the museum constructed one modeled after Pendleton’s nearby Georgian-style home, presenting the objects as Pendleton had lived among them, more or less. For Synthetic Blend V, which we created as part of an exhibition with Triple Canopy in Pendleton House, we sought to imagine a new narrative for the collection, a new way of thinking about the display of all these “American” objects in a faux eighteenth-century home. We wanted to acknowledge the present absences that peek out from behind the ceramics, furnishings, and decorations, most of which are by unknown makers and are categorized by country of origin, primarily the United States and China. The anonymity of the artists contributes to the idea of the collection as belonging to and authored by Pendleton. Without authors, the Chinese objects seem to be at once domestic and foreign, to belong in the collection and to be excluded from the development of an American identity.

Instead of simply restoring the authorship and affirming the creativity of the raced individuals who created so many of the works in Pendleton House—and, in doing so, expertly played to the tastes of American consumers and their perceptions of China—we decided to reframe the story of their contribution, to point to an identity that was actually constructed by a great variety of people, cultures, and nations. Specifically, we thought to do this through collaboration, by investing in the energy of the collective. In February 2019, we went to Ho Chi Minh City, Vietnam, to make a proposal to the tailors with whom we work to produce our collections: create an outfit for a CFGNY model, a fashion for an imagined Asian diaspora.

We work with a handful of shops in the touristy parts of District 1, which tend to make custom garments for individual clients. There are tailors throughout the city, but we’re often confined to the area where tailors speak English and cater to the preferences of Americans and Europeans. Since we’re not trained in fashion, our process always involves an act of translation by the tailors. We provide each one with blueprints in the form of drawings, sewn prototypes, existing garments, and ideas. In providing unclear instructions, we invite the tailors into our process, which inevitably raises questions and prompts suggestions: “How far should this crease go?” “Which way should we fold and finish this hem?” “I believe this will look better in another material.”

For Synthetic Blend V, we decided to focus on this aspect of our process: the conversations that allow us to incorporate the tailors’ notion of the consumer of our garments, and to create designs with unorthodox and unexpected details. We commissioned each tailor to design and produce one look, consisting of multiple garments, to be presented as part of a collaborative collection. This process hinged on us explaining the concept of a diasporic identity—which, we realized, was quite foreign to the tailors. The idea of the racial label of “Asian,” which groups people with distinct national identities, contradicted how the tailors categorized the customers coming into their shops: the Japanese, the Chinese, the Koreans, and us, the Americans.

Two sisters, Chi Lan and Em Linh, were excited by our proposal: Lan had dreamt of studying fashion when she was in grade school, but then pursued a career in economics, which she left to open her shop. She relished the opportunity to exercise her creativity through her craft: she wove strips of leather into a checkerboard pattern, which she inserted into a wool skirt; she made a mesh cardigan to be worn over the skirt and top, like a transparent overlay. Another shop, run by Anh Quanh and Chi Loi, refused our invitation. They explained that the shop is set up to take measurements and fill orders. To come up with ideas for garments would be too distant from their business approach and too disruptive to their daily work.

Before working on the collection, we hadn’t been aware of the specificity of the paradigm that characterizes our thinking about identity. In speaking with the tailors, we glossed over what we perceived to be common knowledge; we neglected to explain ourselves clearly. We attempted to translate the language that we use to communicate what being part of the diaspora feels and looks like, and the tailors indicated how they understood our desires. Ultimately, this conversation was channeled into the materiality of the garments, which were made without our usual restraints and edits. Like the objects in Pendleton House, the clothes are goods designed after the tastes of imagined foreigners; the process of creation amplifies how the producers and consumers see each other. Looking at the collection, we have trouble distinguishing our techniques from those of the tailors.

In our work, we always return to the term “vaguely Asian”: an understanding of racial identity that is specific to being Asian in America and that involves the experience of being perceived as the other. Rather than propose a single idea of what being “Asian” means, we encourage the visualization of countless—and collective—ways of being. Synthetic Blend V speaks to how the terms of “vaguely Asian” are authored: by the people around us, the people who inspire us; by anyone willing to attempt to define something that, eventually, inevitably, will escape that definition. The term might evoke a specific shared cultural history, but it doesn’t rely on one. It’s more expansive; it’s meant to consider the various ways in which identity can, through unexpected routes, bring us together in kinship. Being vague, the concept is hard to describe, and becomes legible by attuning to a sensibility or a feeling. Being vague, it’s able to accommodate representations that are “good,” “bad,” and beyond. 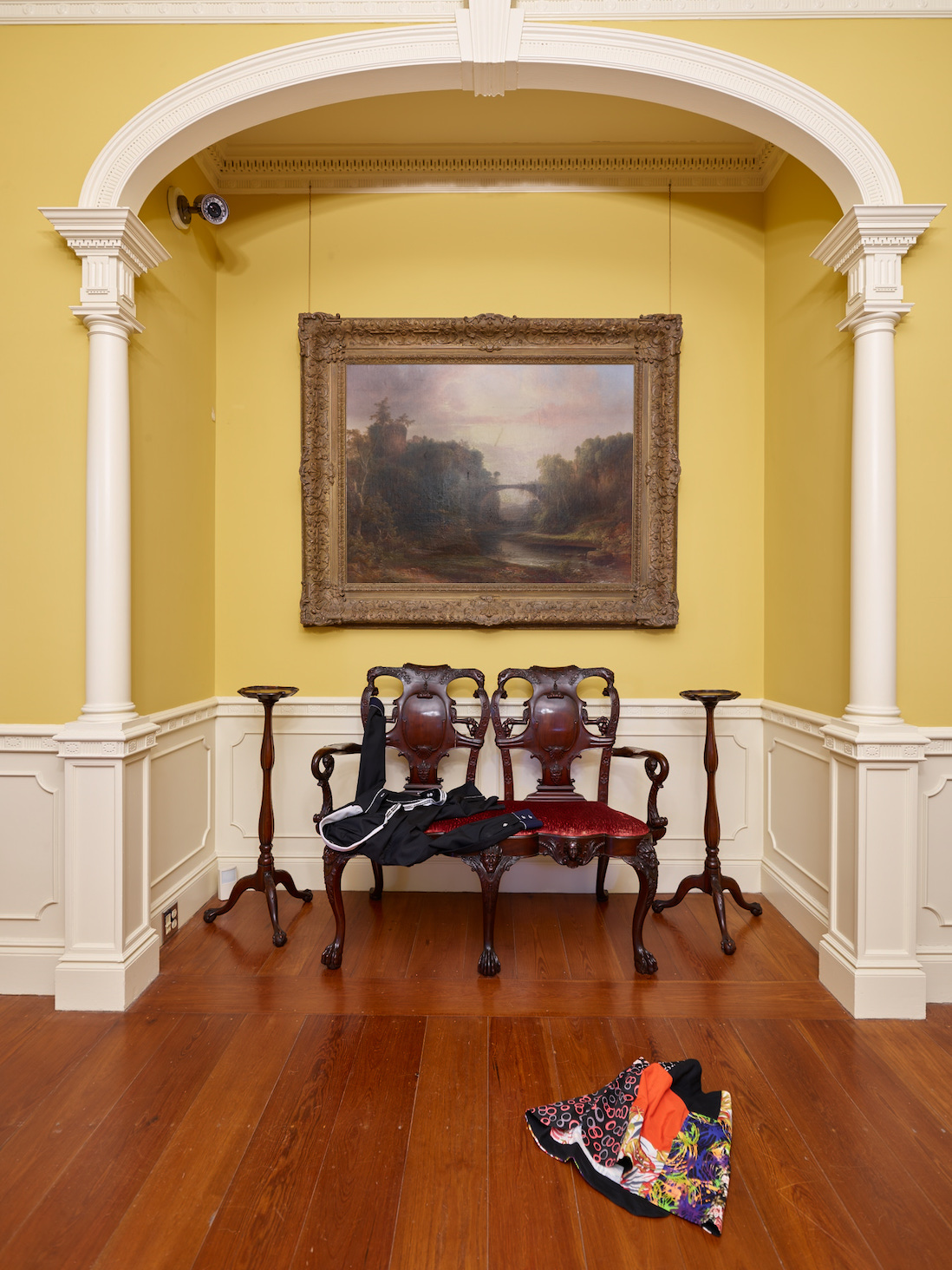 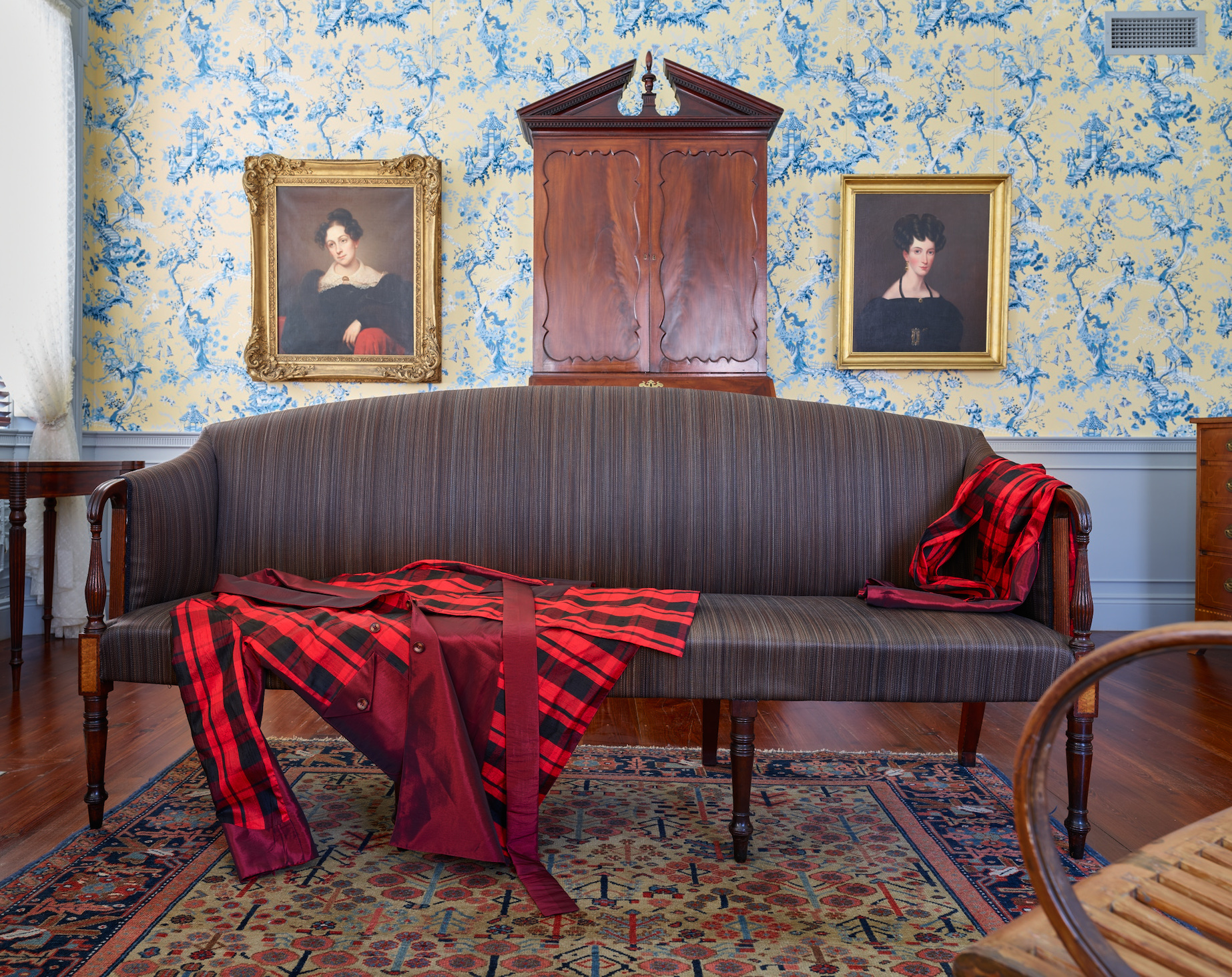 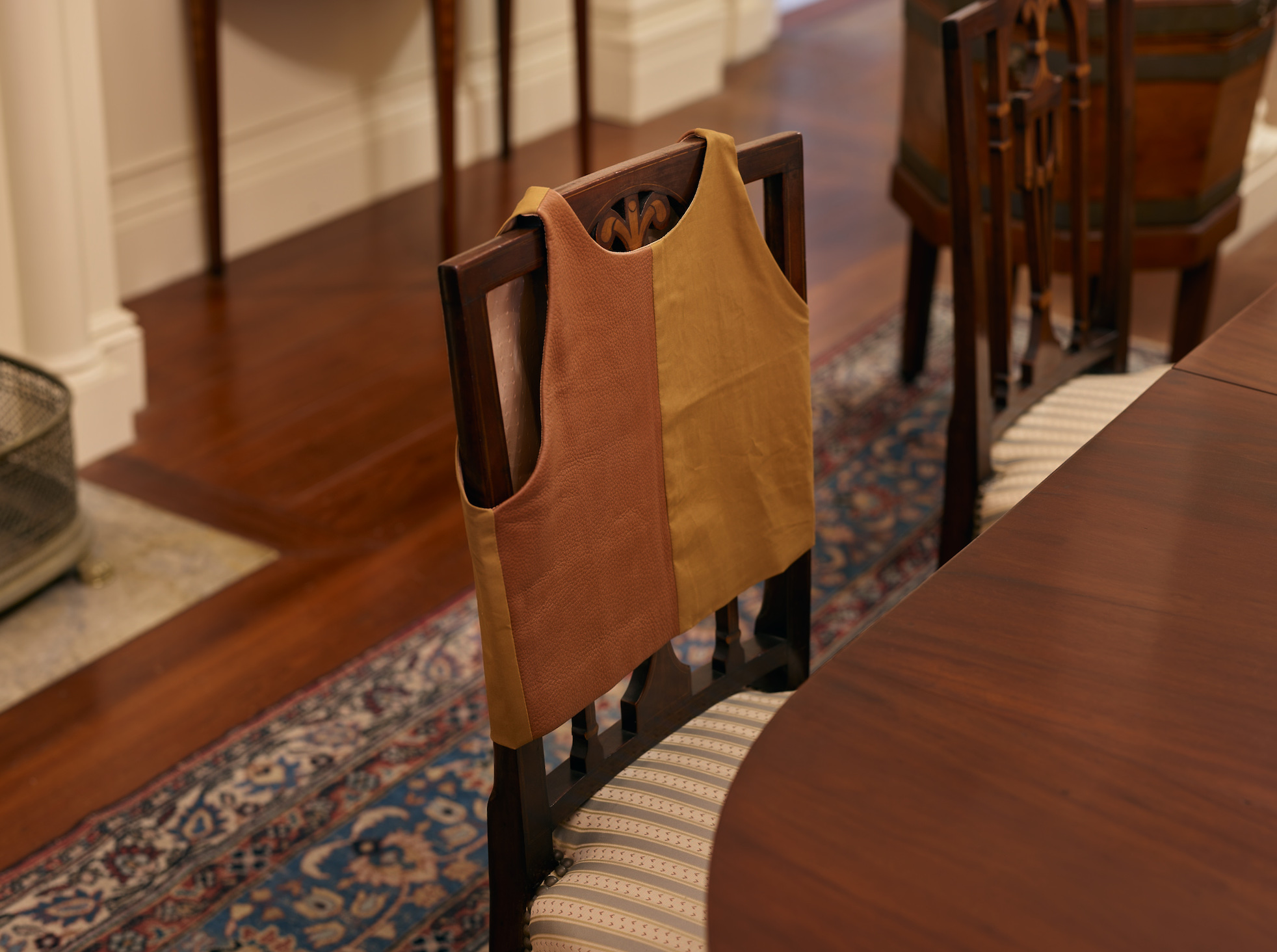 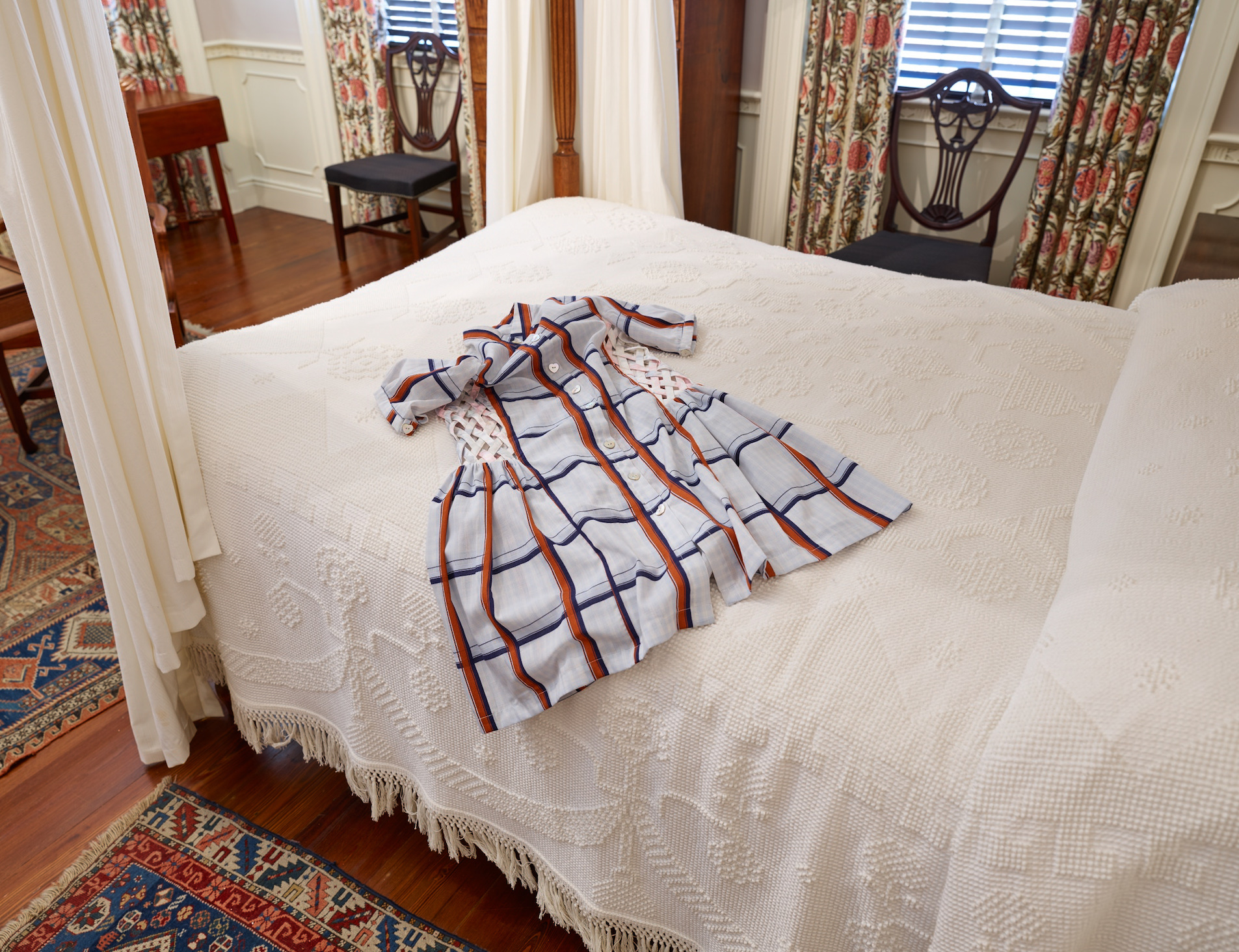 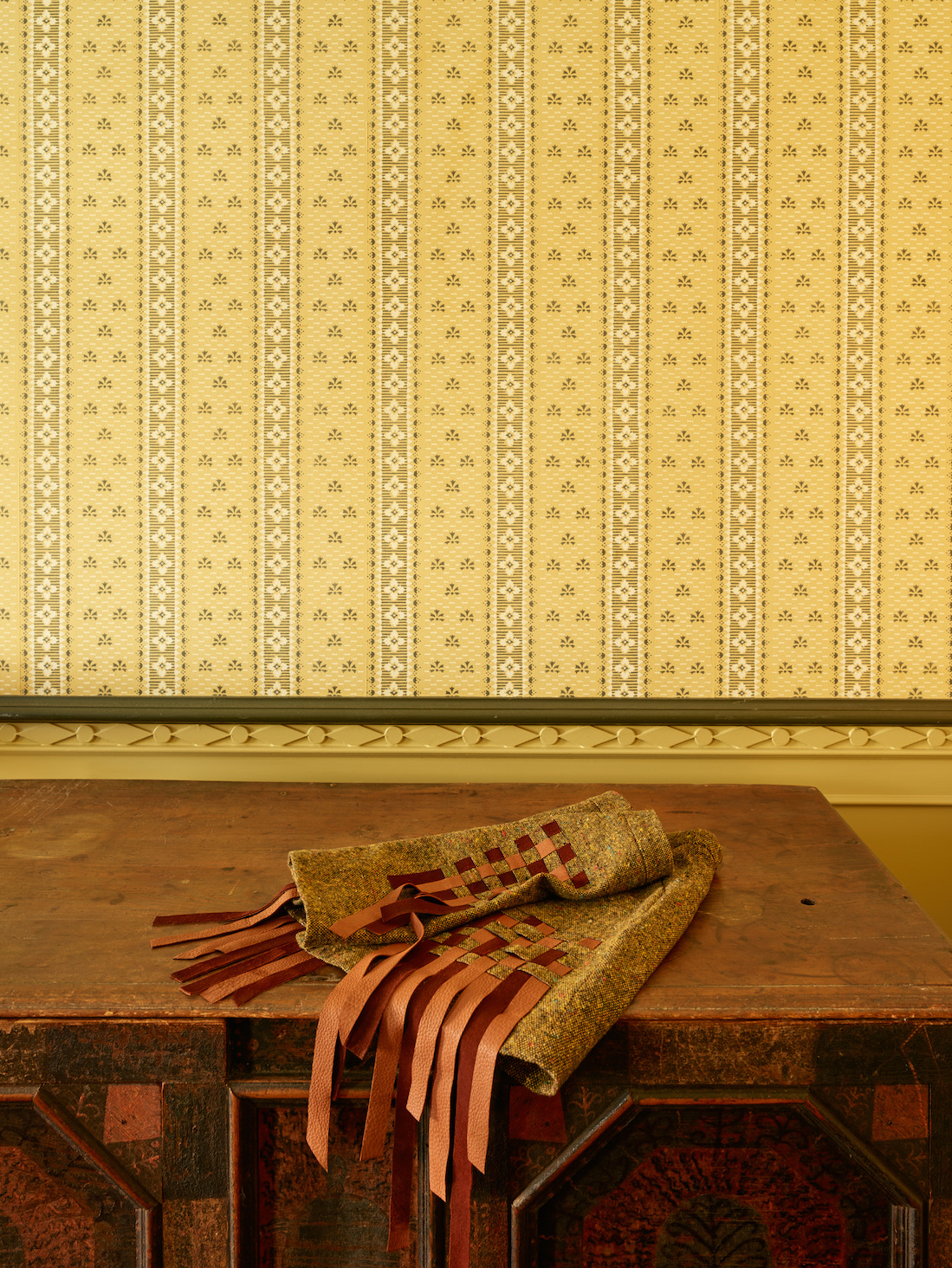 Synthetic Blend V was made possible through support from a Craft Research Fund grant from the Center for Craft, the Andy Warhol Foundation for the Visual Arts, Jacques Louis Vidal Charitable Fund, the Lambent Foundation Fund of Tides Foundation, and the Opaline Fund of the Jewish Community Endowment Federation and Endowment Fund.