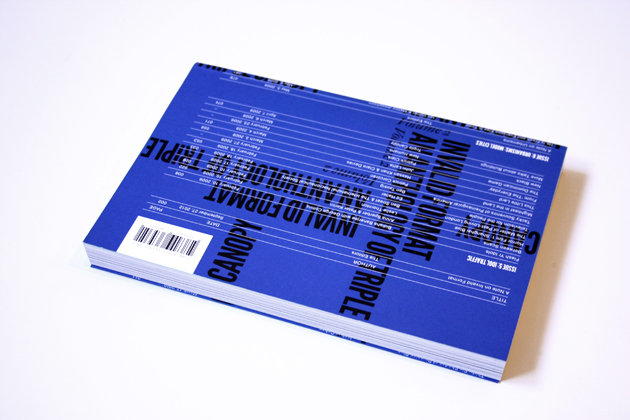 Distributed in North America by RAM Publications and in Europe via Invalid Format co-publisher Sternberg Press. Major support for Invalid Format has been provided by Furthermore: a program of the J.M. Kaplan Fund as well as Triple Canopy's Publishers Circle.