International Art English was published as part of Triple Canopy’s Immaterial Literature project area, which receives support from the Andy Warhol Foundation for the Visual Arts, the Brown Foundation, Inc., of Houston, the Horace W. Goldsmith Foundation, the Lambent Foundation Fund of Tides Foundation, the National Endowment for the Arts, the New York City Department of Cultural Affairs in partnership with the City Council, the New York State Council on the Arts, and the Opaline Fund of the Jewish Community Endowment Federation and Endowment Fund. Issue 24, Risk Pool, was made possible through the generous support of VIA Art Fund. 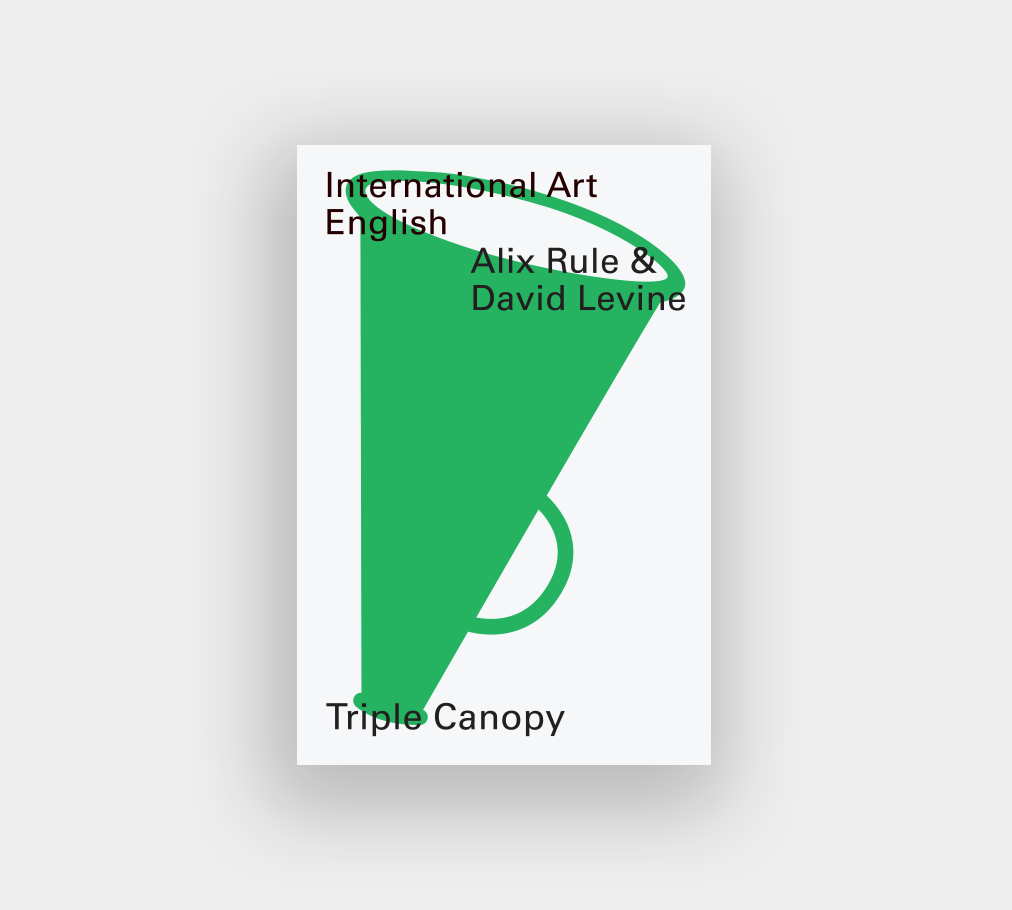 In “International Art English,” Alix Rule and David Levine describe the language of contemporary art by analyzing a corpus of press releases sent by e-flux, which is paid to do so by museums, biennials, publishers, and art fairs in order to reach a subscriber base of more than ninety thousand art professionals. The essay appeared in 2012 and soon surpassed the popularity of every other Triple Canopy publication. “International Art English” generated innumerable conversations about the relationship between language, legibility, and power in the art world: columns in the Guardian, polemics in e-flux’s online journal, debates at conferences for art historians, and spirited threads on MetaFilter and Reddit. Suddenly, IAE was inescapable.

This ebook—which is functional on all common devices, not to mention being accessible offline—includes “International Art English”; sentence trees that illustrate IAE’s lexical, grammatical, and stylistic features; a forum on IAE convened the year after the essay’s publication; a response by the artist Mariam Ghani, who participated in the forum; and a retrospective evaluation of the IAE phenomenon by Triple Canopy’s Alexander Provan, who edited the essay.

Rule and Levine trace the particularities of IAE to translations of French and German critical texts published in the 1970s in academic publications like October. The widespread use of the internet has, they argue, accelerated the development of IAE, turning it into a kind of lingua franca. The proliferation of international variations—French IAE, Scandinavian IAE, Chinese IAE—ends up diluting the authority of critics, “traditionally the elite innovators of IAE.” Given these developments, Rule and Levine ask: “Can we imagine an art world without IAE? Without its special language, would art need to submit to the scrutiny of broader audiences and local ones? Would it hold up?”

Triple Canopy ebooks can be purchased via this website using the file-distribution platform Payhip. We offer our ebooks in two formats: EPUB 3.0, which can be read on most readers and devices, and MOBI, which can be read on Kindle devices. Once you purchase your ebook, you can download it and read it on your device. You can also buy our ebooks from Amazon and Apple.