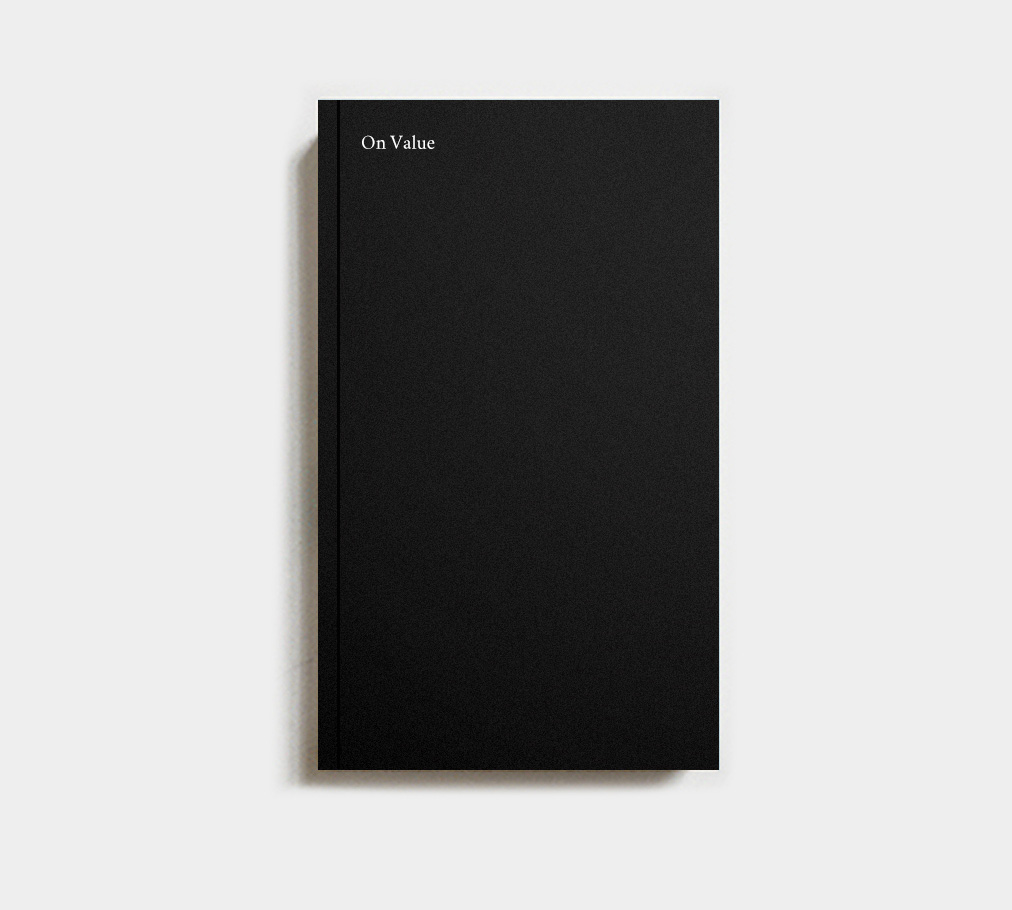 On Value is a collaboration between Triple Canopy and choreographer and artist Ralph Lemon. The book is a multifarious conversation about the value of artworks and of the labor and bodies that make them, especially as defined by institutions with whom artists have often had fraught relationships. In essays, poems, interviews, and artworks, nineteen contributors consider the allure of artworks that, by nature, resist institutional parameters; how and why performers, choreographers, and dancers might go about making art institutions into proper venues, even caretakers, for their works; and how race figures into assessments of value. (On Value is the culmination of the series Passage of a Rumor, which began publication in August 2015 and includes digital versions of several of the projects in the book.)

On Value emerges from Value Talks, a series of private conversations organized by Lemon in 2013 and 2014 at the Museum of Modern Art in New York, in which he asked artists, writers, scholars, and curators to consider how and why we talk about the value and acquisition of ephemeral works of art. The book is an expanded record of these conversations, featuring works by Kevin Beasley, Claire Bishop, Philip Bither, Paula Court, Adrienne Edwards, Tom Finkelpearl, Ana Janevski, Claudia La Rocco, Thomas J. Lax, Ralph Lemon, Glenn Ligon, Glenn Lowry, Sarah Michelson, Fred Moten, Adam Pendleton, Yvonne Rainer, Will Rawls, David Velasco, and Nari Ward. On Value necessarily addresses the ephemeral nature of conversation itself: How might discussions that occur in private—about art, race, money, community, and power—be circulated without either compromising their intimacy or promising unmediated access? Rather than purport to exhaustively document or analyze these exchanges, On Value circulates novel versions of lectures, readings, DJ sets, performances, rehearsals, and dialogues, and has provided an impetus for new artworks and writings commissioned in response.